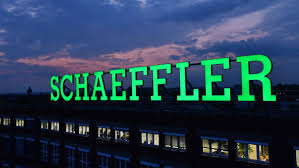 Commenting on the accolade, Söding said that Schaeffler has been keeping tabs the dynamic growth that NEXUS has experienced year after year due to its ambitious future orientation and global positioning. NEXUS has regional teams on all continents, including emerging markets and he expressed Schaeffler’s pride in having been a part of NEXUS’s success story right from the beginning. Söding concluded by saying that the award would motivate the Schaeffler team to further expand the company’s collaboration with NEXUS and to explore the possibility of collaborating on potential business areas.

The international trading group NEXUS Automotive International was set up in 2014 and is based in Geneva, Switzerland. In 2018, the company achieved global sales of 18 billion euros. Currently, NEXUS comprises over 135 shareholders and members who represent over 1,500 companies spread across 128 countries on five continents. Nexus celebrated its fifth anniversary during its Business Forum that was held on 5 March, 2019 in Abu Dhabi.