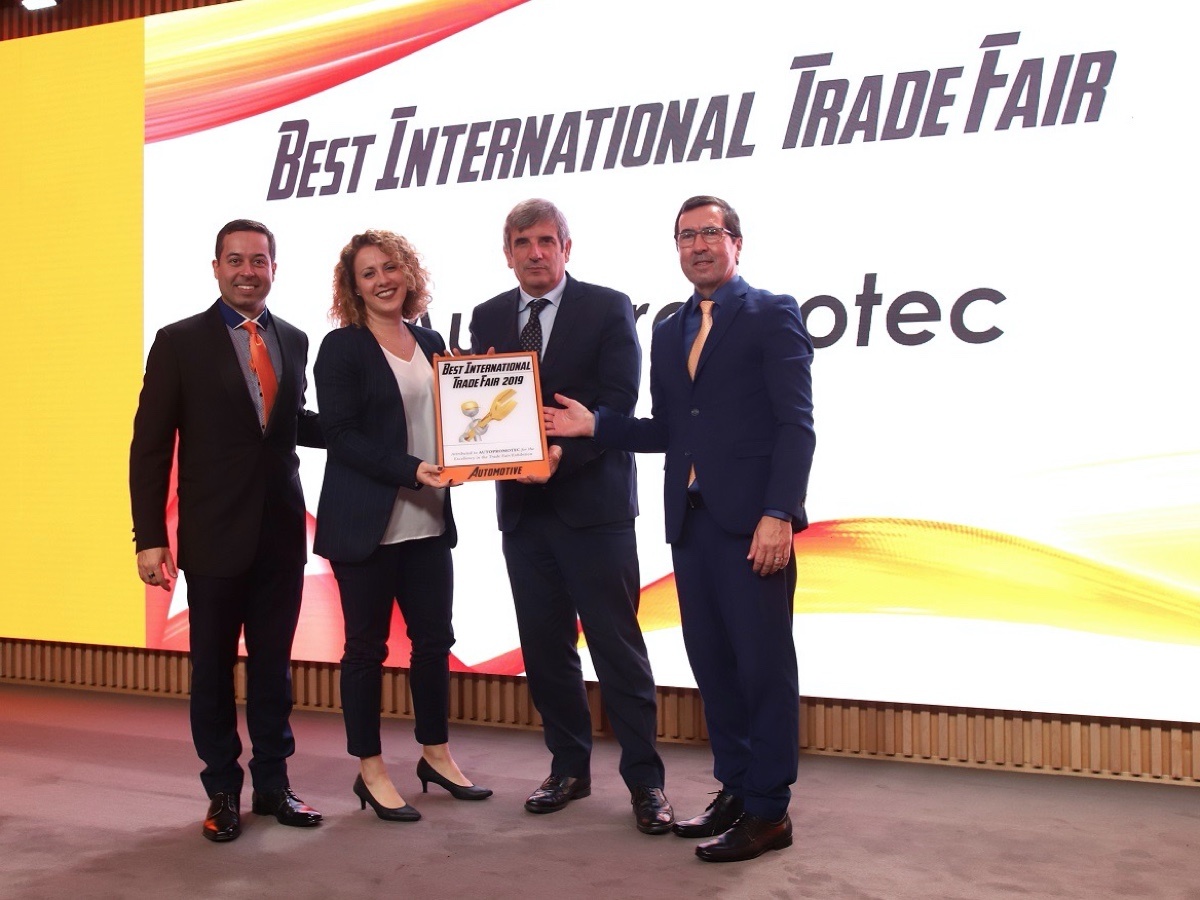 The organizers of the biennial international automotive aftermarket trade, Autopromotec received the award for the best fair of 2019 in Europe at a gala event held in Lisbon. The fair emerged as the best show ahead of events like the International Motor Show in Geneva, Motortec Automechanika Madrid and the IAA in Frankfurt. This award was given by Portugul based Automotive Magazine. The award was given based on the results of a survey conducted by interviewing exhibitors who participated in various European fairs.

The criteria that the magazine used to choose the winner included aspects like professionalism of the organizers, number of visitors to the event, cleanliness, the cost involved in participation, size of the booths, accessibility and the presence of adequate infrastructure to welcome exhibitors both within the fairgrounds and in the city.

“According to our research, the organizers of Autopromotec were able to offer excellent conditions to both exhibitors and visitors, meeting all their needs,” explained Eduardo Gaspar, editor of Automotive Magazine, “and that’s why we chose it as the best trade show of the year.”

Commenting on the award, Renzo Servadei, CEO of Autopromotec said that he was very pleased to receive the award as it highlighted the commitment and professionalism of the Autopromotec team and the appreciation that exhibitors and visitors had for the event. He said that the team was already working on the arrangements for the 2021 edition of the event and planned to incorporate a number of new developments pertaining to the trends that currently affect the automotive sector.

The award ceremony was held at the Cidade do Futebol, home of the Portuguese national football team.

The 28th edition of Autopromotec witnessed a strong growth in its numbers with as many as 1,676 exhibitors who used the event to showcase their products and services, sometimes for the first time. This number reflected an increase of 4.4 percent in comparison to the 2017 edition. Of these, the share of overseas exhibitors was 43 percent and 53 countries were represented at the show. The trade fair was held over an area of 162,000 square meters which comprised 17 halls and five outdoor areas. The 2019 event attracted 119,108 professional operators, a 4.85 percent increase over 2017.