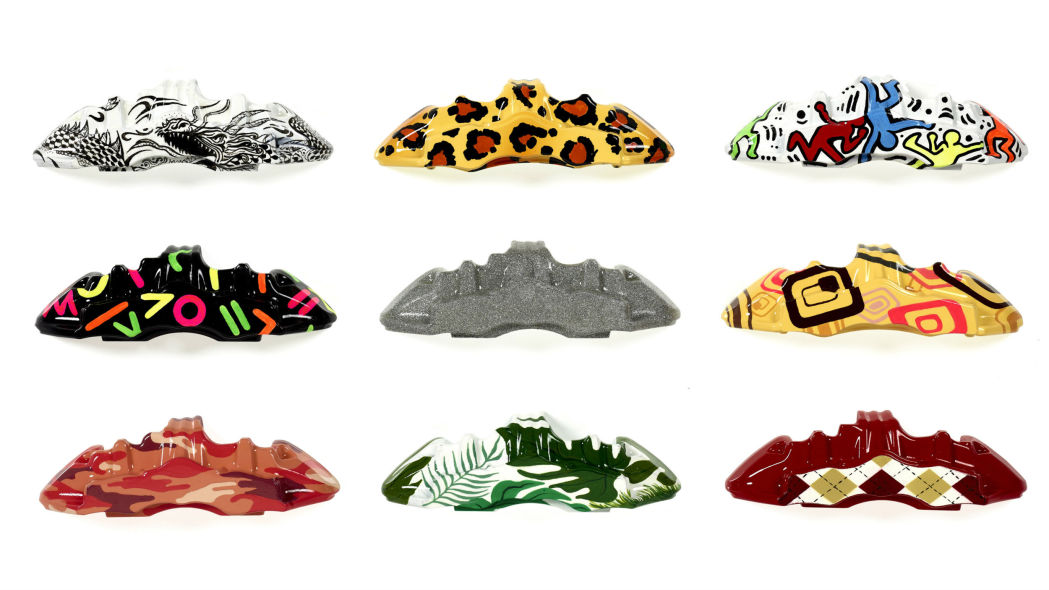 Brembo created quite an impact at the 2019 Geneva Motor Show with the range of colorful brake calipers that it exhibited at its booth. Brembo is a brand that is heavily associated with red. It’s more than just a color on a brake caliper, it’s a measure of brand recognition. For the show however, Brembo chose to think outside the box and came up with colors for brake calipers that belonged more in an art gallery than at an automotive trade show.

At the 2019 Geneva Motor Show, Brembo’s stand looked more like an art gallery than a booth at an automotive show. The vivid colors and designs on display at the were meant to highlight the fact that Brembo means more than high performance brake calipers. The company is known for its expertise in design as well.

In addition to its renowned red calipers, Brembo does offer calipers in yellow, chrome, green, blue and black. In Geneva, the designs at the Brembo booth included geometric shapes, tattoo sketches, plant prints, camouflage, animal print and even a fluorescent drawing inspired by the ’90s. The company described the range as “a journey of provocations, chromatic suggestions and graphic textures”.

Brembo did make it clear that these designs were not really viable for production, but were just examples of what the company can accomplish in terms of design. With the creative range of nine designs at its booth, Brembo managed to highlight that it still has the verve and pioneering spirit that it had 25 years ago when it launched its red caliper.