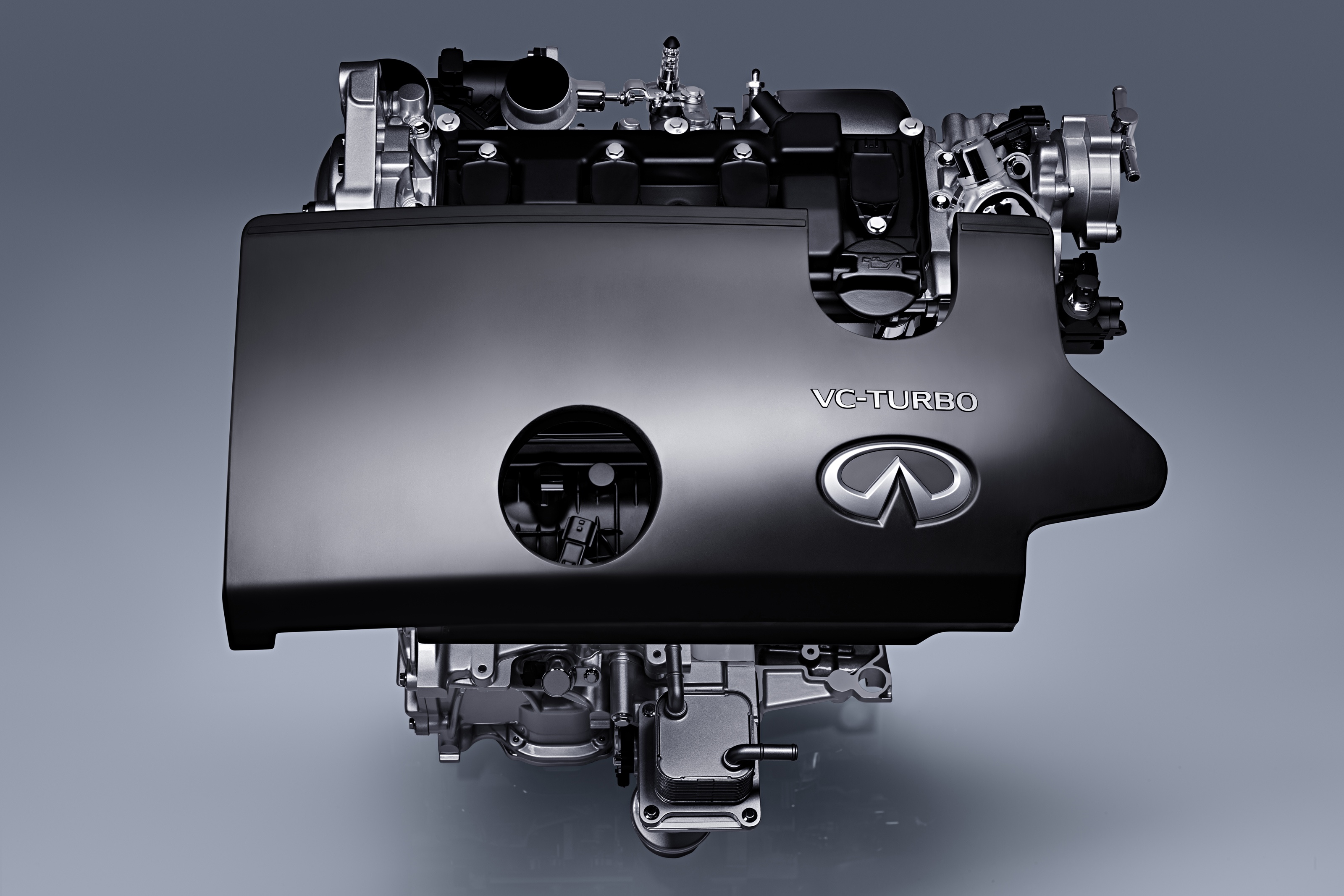 INFINITI's VC-Turbo engine is the world's first production-ready variable compression ratio engine – and it makes its production debut on the new QX50. This unique variable compression technology represents a breakthrough in combustion engine design – the QX50's 2.0-liter VC-Turbo continually transforms, adjusting its compression ratio to optimize power and fuel efficiency. It combines the power of a 2.0-liter turbocharged gasoline engine with the torque and efficiency of an advanced four-cylinder diesel engine.

Infiniti’s VC-Turbo engine, the first production variable compression ratio engine in the world was chosen as one of the best engines in the world for the second straight year. The engine had made its global debut at the 2016 edition of the Paris Motor Show. The engine made the cut for selection in the Wards 10 Best Engines and Propulsion Systems list.

Touted as a breakthrough in the design of combustion engines, what the 2.0-liter VC-Turbo engine does is adjust its compression ratio on a continuous basis to get the optimal power and efficiency. BY continuously changing the compression ratio, the motorist benefits from the combination of the power and strength of a sprinter as well as the efficiency and endurance of a marathon runner.

The VC-Turbo had to fend off competition from several really good powertrains to be included in the 26th edition of Wards 10 Best Engines and Propulsions Systems. The awards received as many 26 entries including a wide range of new and significantly improved powertrains from manufacturers around the world.

During the course of operation, the QX50’s VC-Turbo engine offers any compression ratio for high performance or high efficiency. The engine has an output of 268 hp and its specific power output is higher than many turbocharged engines, while it almost matches the performance of some V6 engines. The unit’s single-scroll turbocharger also placing a foot on the pedal draws immediate response from the accelerator.

Other benefits that the VC-Turbo offers include its favorable power-to-weight ratio and compact size. These factors make it possible for the cabin of the QX50 to be moved forward, thus providing a lot more interior space while accommodating sliding and reclining seats for rear passengers.