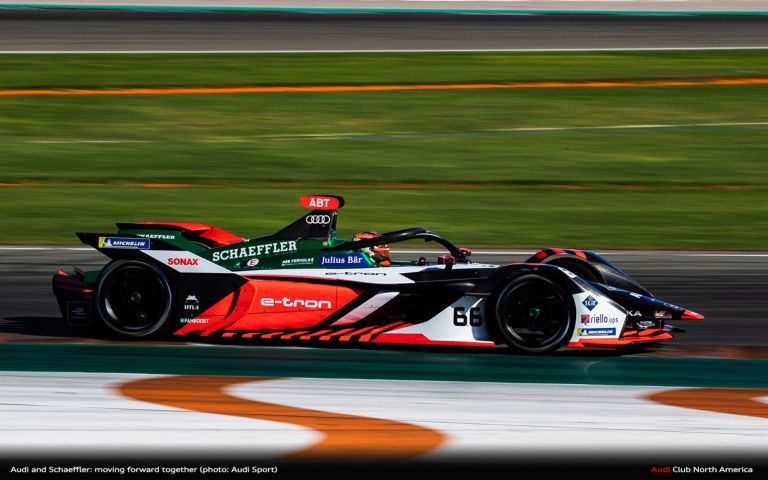 Schaeffler has announced that it is renewing its Formula E technology partnership with Audi.

The two companies have enjoyed a successful partnership on the Formula E circuit ever since the Audi Sport ABT Schaeffler team first made its appearance in the inaugural 2014/15 series. Together, the two companies worked to secure 12 wins, 40 podium finishes and over 1,000 points, and secured both Driver and Teams’ championship wins in the 2016/17 and 2017/18 seasons respectively.

Audi initially teamed up with the ABT Sportsline team and went on to become a factory team in 2017. Audi then took on Schaeffler to help it in its drive to emerge as a champion in the series with Schaeffler helping Audi to develop a drivetrain that made Audi a winner.

The renewal of the technical partnership means Schaeffler will continue with its role as a technology and development partner. Schaeffler will focus on the development of the transmission, engine and drive concept. It will also provide support related to rig-based work and prototype construction, as well as bearing enhancement and production.

Schaeffler CEO Automotive OEM, Matthias Zink, commented, “Schaeffler, Audi and Formula E have proved to be a perfect combination right from the very start. As a company, our intention is to use our drivetrain and chassis technologies to shape sustainable mobility and Formula E is an ideal platform on which to present these ideas.”

Audi Head of Motorsport, Dieter Gass expressed his delight that the partnership of Audi and Schaeffler will continue for the next few years. The two companies have already achieved a lot by teaming up but the ever-increasing performance density of Formula E means that they continue to face immense technical challenges. Support from Schaeffler would significantly help Audi tackle the development of the Audi e-tron FE07 for the 2020/21 season.