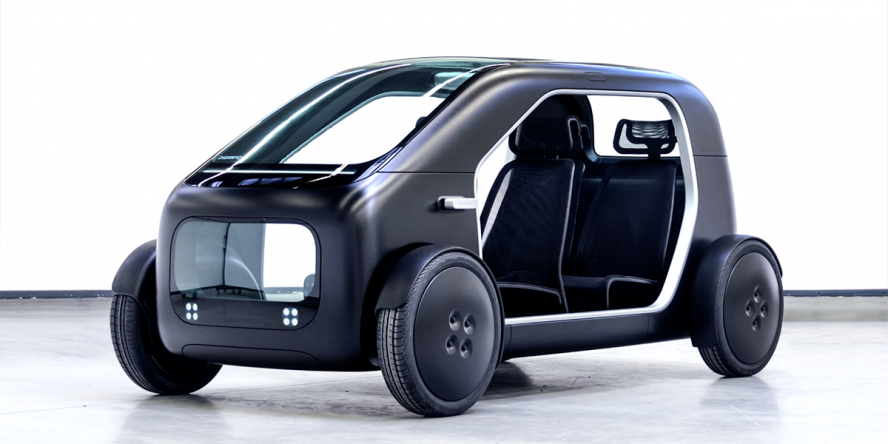 Biomega has unveiled a highly interesting electric concept vehicle. Biomega is a leading manufacturer of bicycles and electric bicycles based in Denmark and the new vehicle is notable for its funky design. Biomega chose to unveil the vehicle at the CIEE trade fair in Shanghai.

It is not just the design, but even the name is interesting. The vehicle is called SIN, which according to the company is short for Singapore as it is meant for use in ride-sharing and ride-hailing applications in congested cities like Singapore. The vehicle looks a lot like a boxy toy car and is a four-door crossover that follows the basic elements of Scandinavian design.

The vehicle has a flat floor as it does not have traditional wheel arches. Biomega says this will make the vehicle easier to maneuver in tight urban spaces. The interior has been simplified by eliminating the presence of elements like cup holders and is highly spacious. The SIN is made of lightweight composite materials including modular carbon fiber that Biomega developed in association with partners in UK and Germany. The vehicle has four independent seats.

Another remarkable feature of SIN is a fascia window, with the window glass extending all the way to the floor behind the brake and accelerator pedals, so that there is maximum view of the road. The weight of the car is 950 kilos and this includes the weight of its batteries. It is powered by four electric motors which have a total of 80 horsepower. The range from its two batteries which include a 14 kWh and a removable 6kWh battery that is easily removable for charging.

Biomega is planning to sell the car for a price of USD 23,000 and says it will reach the market no later than 2023.