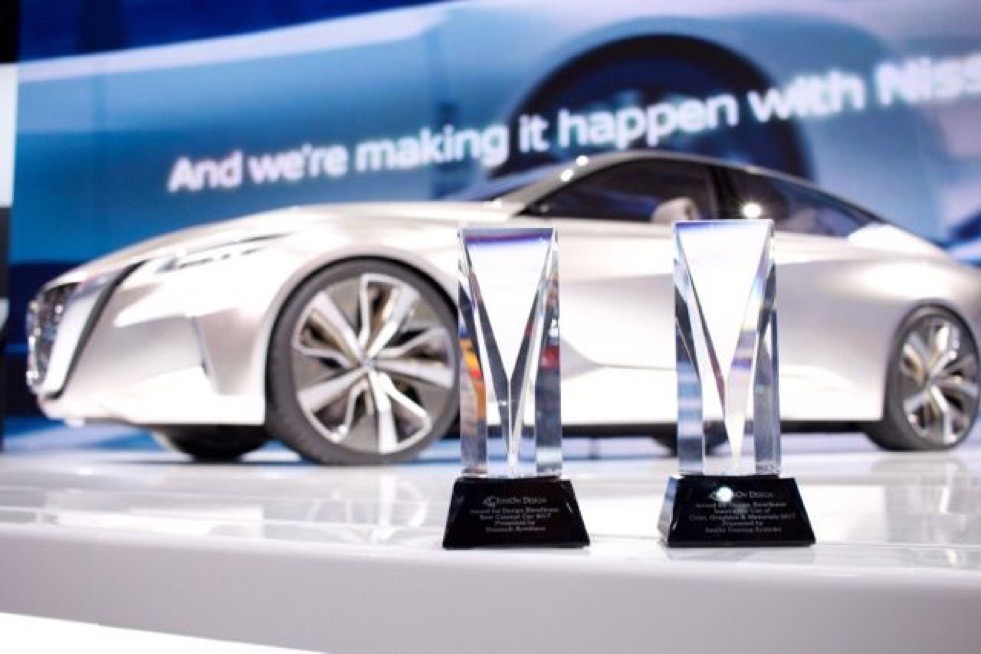 The winners of the EyesOn Design Awards are chosen after careful consideration by a panel of design leaders drawn from different parts of the world. The award recognizes the best production and concept vehicles which make their global debut at the show.

Speaking about the award, Mamoru Aoki, executive design director, Nissan Global Design Strategy, Nissan Motor Co., Ltd. said that Vmotion 2.0 gives an idea about the future of Nissan design, which will be fresh and dynamic, yet cabin-focused. He said the renowned award recognizes the enormous potential of Nissan’s newest design direction and was a great honor for the leading car manufacturer.

Nissan Vmotion 2.0 is the next step of the “V-motion” front design signature that is seen in many of Nissan’s models today. The color of the concept vehicle, Silver Copper, is particularly striking, with its unique blend of copper and other metals, which combine to create a layered effect with different shades and reflections when viewed from different angles.

Nicole Fonseca, senior color and materials designer, Nissan Design America, Inc revealed the effort involved in creating this effect when he said that over 100 attempts were made to get the color just right. The perfect blend of multi-layered paint using copper, silver and other metals was achieved on the 101st try.