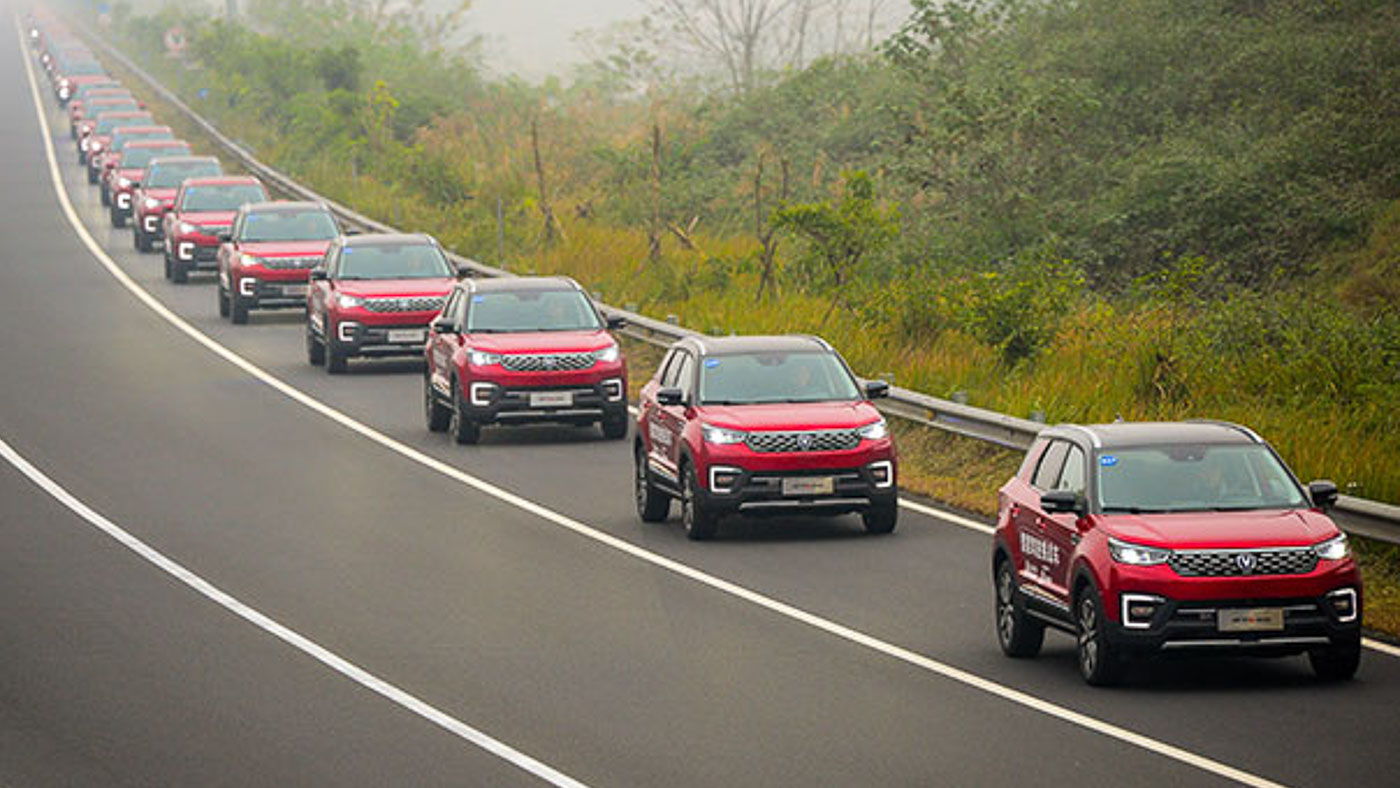 Chinese car manufacturer, Changan Automobile created a record that will be published in the Guinness Book of World Records when it deployed a convoy of 55 autonomous cars.

It has not yet been possible to attain level 5 autonomy in vehicles, but many companies have developed autonomous vehicles which have demonstrated the ability to drive themselves under controlled conditions. They have the capability to start, stop, accelerate, brake, turn. Now, it turns out that they can even set world records.

Changan Automobile created the record using a collective fleet of 55 autonomous cars. The cars used as part of the effort completed the largest parade of autonomous cars that have been deployed recently.

As part of the record-making attempt, the autonomous vehicles travelled at a constant speed of 30 kmph and they covered a total distance of 3.2 kilometers on a test track in Dianjiang, Chongqing, China within a timespan of 9 minutes and 7 seconds. All the 55 cars that participated in the record attempt maintained a distance of less than two car lengths from each other. The 55 self-driving cars used in the exercise were all built by Changan Automobile.

Changan Automobile said that the drivers who participated in the attempt were there just for safety reasons and had “no contact with the autopilot system”. This highlights the concept that even in real world scenarios not much adjustment would be needed for the switch to autonomous technology. A spokesperson for Changan Automobile said that the drivers would be also ready to let go of the controls completely in a short time with further refinement of the company’s self-driving technology.