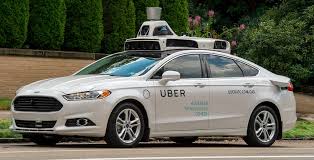 Uber Stops Develop of Self-Driving Trucks to Focus on Cars

Uber has said that it will stop development of self-driving trucks to direct more resources towards self-driving cars.

Uber has made this decision in the leadup to restarting the testing of its self-driving cars. The company’s development program had experienced a setback when one of its cars was engaged in a fatal accident in which a woman crossing the road was killed. The company has started testing its self-driving cars again in Pittsburgh, Pennsylvania, where Uber Advanced Technologies Group is based.

In an interview to USA Today, Eric Meyhofer, head of Uber Advanced Technologies Group said that the company has taken an important step by returning for testing to the public roads in Pittsburgh. Its goal now is to continue that momentum by focusing all the efforts and expertise of its team towards the development of self-driving cars.

The accident and its fallout means that Uber will now have to strive hard to catch up with its competitors. Waymo has already started conducting public trials and is slated to start a commercial service for self-driving cars in Phoenix, Arizona this year. Other companies like Drive.ai and nuTonomy have also started public trials.