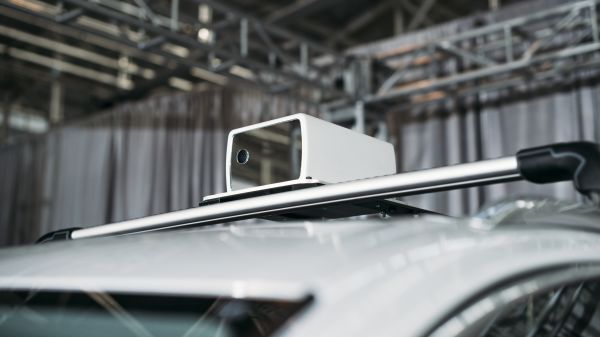 A Silicon Valley startup called Aeva has built a new compact sensor unit that would only cost a few hundred dollars. The company that recently came out of stealth mode is currently holding discussions with several leading vehicle manufacturers regarding the use of its proprietary technology in their future models.

The main impediment with regard to development of self-driving vehicles is the high cost of sensors. Aeva, a company that was set up by two ex-Apple employees named Mina Rezk and Soroush Salehian has developed a system that can detect the velocity, depth and reflectivity of objects over 200 meters away using a unit that is only as big as a tissue box.

Aeva has already demonstrated the efficacy of the sensor unit at trials which were held in an empty warehouse in San Francisco. Aeva’s technology can be used to separate objects based on distance and can sense whether an object is moving away from a vehicle or towards it. It can also measure the velocity of the object, and thus the software can be used to predict where cars and pedestrians are going. The sensor even has the ability to block interference from similar sensors, even those made by other manufacturers and can even operate irrespective of weather conditions and in dark due to the use of a reflectivity sensor.

Aeva has already raised USD 45 million as funds from investors and has a workforce of around 50 50 employees.

As many as five of the units from Aeva can be installed on one vehicle, based on the level of automation that is needed. Units are not expensive with the cost being as low as USD 200 or USD 300.

Many companies like Velodyne, Luminar, Valeo and Quanergy are working on such sensors but Aeva looks like its technology is more advanced than that of other players in the field.