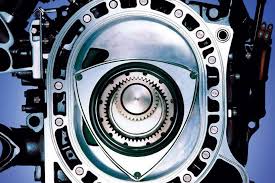 The model in which the rotary engine would be used would be one of two such Mazda electrified models that would be available at the retail level. The other model would be fully electric. Mazda also made it clear that the rotary powertrain that it plans to use would be small enough to fit “shared packaging layouts.” There is a possibility that both the electrified models would be variants of the same model, in a manner like that of Honda Clarity and the Hyundai Ioniq.

Mazda also specified that the rotary engine would be using liquefied petroleum gas as fuel, thanks to its ability to handle gaseous fuels. It might even venture into making the engine compatible with other fuels like hydrogen or propane

Mazda did not divulge further details about the vehicle other than saying that the engine would have a high power output and would be notable for its compactness and smooth operation. Another benefit the vehicle would offer that is that it could be used as a source of electricity when the power grid is down.