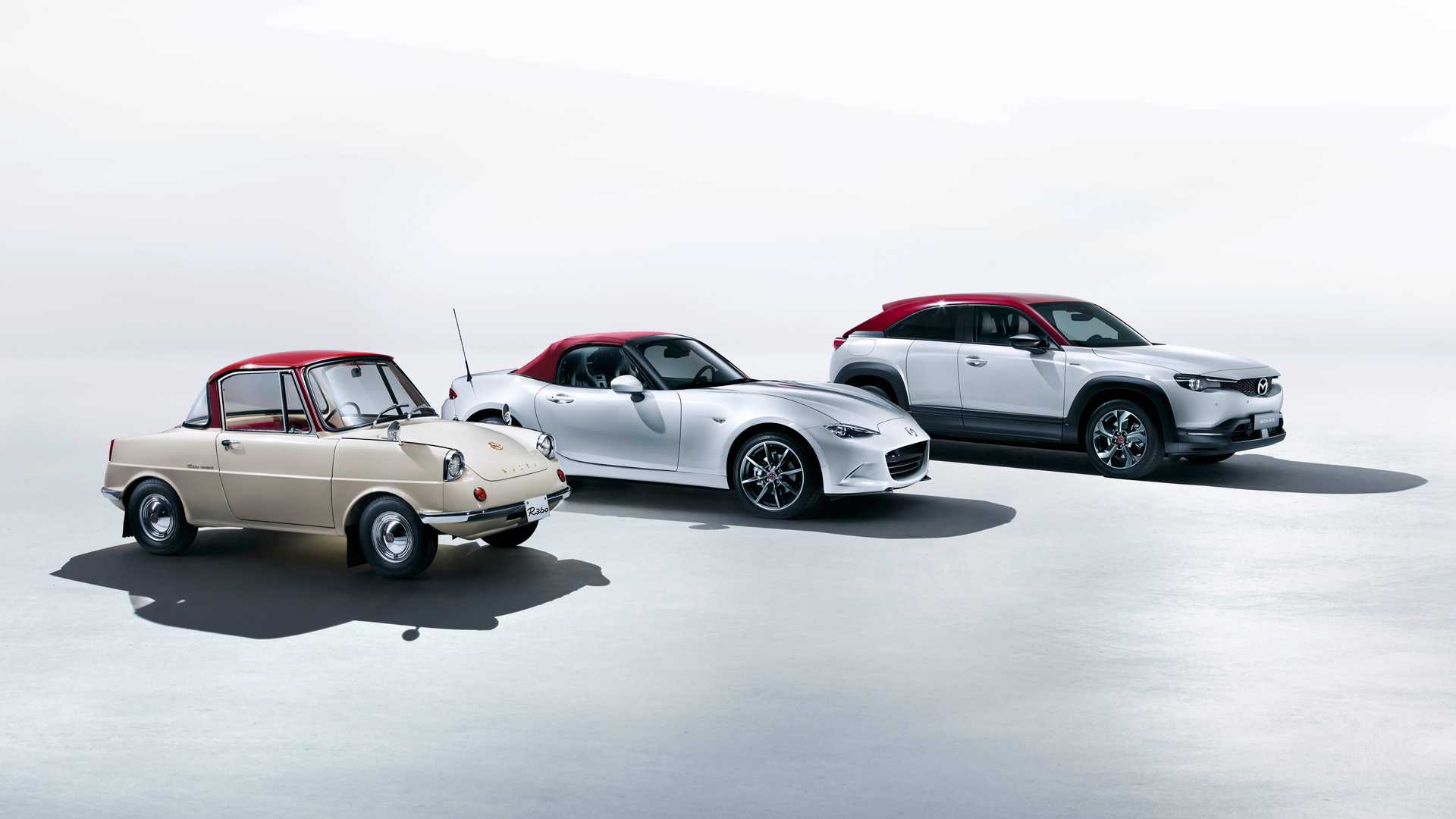 Mazda is celebrating its centenary in 2020 and the company is marking this milestone year with eight retro-inspired limited-edition models in the Japanese market.

Mazda, the Japanese car manufacturer was initially in the business of making corks and was named Toyo Kogyo. It then diversified into the transportation industry with the launch of a three-wheeled, motorcycle-based pickup called Mazda-Go in 1931. The first car the company made, the R360, made its debut in 1960. It was a two-door four-seater with the small dimensions that characterize the commonly seen kei cars in the brand’s home market of Japan. It is this mdoel that has inspired the eight limited edition models launched to mark the centenary.

To celebrate the 100th anniversary of the brand, Mazda will be launching retro-styled special editions of its most popular models including the CX-30, CX-3, CX-5, CX-8, the Mazda 2, Mazda 3, Mazda 6 and the hard and soft-top variants of the MX-5 Miata. While Miata and the CX-30 will also have a red roof options, all the other models will have a white exterior and a burgundy interior.

The special-edition cars will sport the 100th Anniversary logo, which is a combination of the current  Mazda emblem and Toyo Kogyo’s. The emblem will be seen on the front headrests and the wheels as well as other spots. Mazda is not making any mechanical modifications will be made to the commemorative cars.

Mazda has made its full range of 100th anniversary cars available for sale at the retail level in Japan and these cars will be available till March 2021. The company has said that the cars will also be available in other markets like England but we will have to wait till the coid-19 pandemic has subsided to get a clearer picture.

Mazda received so many orders for the 500 units of the Miata 30th Aniiversary edition that it launched in the US in 2019 that it allocated 143 more units to the US market. Hence, it is quite likely that these cars will also fly from the dealerships when they are available. Mazda will be releasing the prcing details for the centenary cars later in 2020.