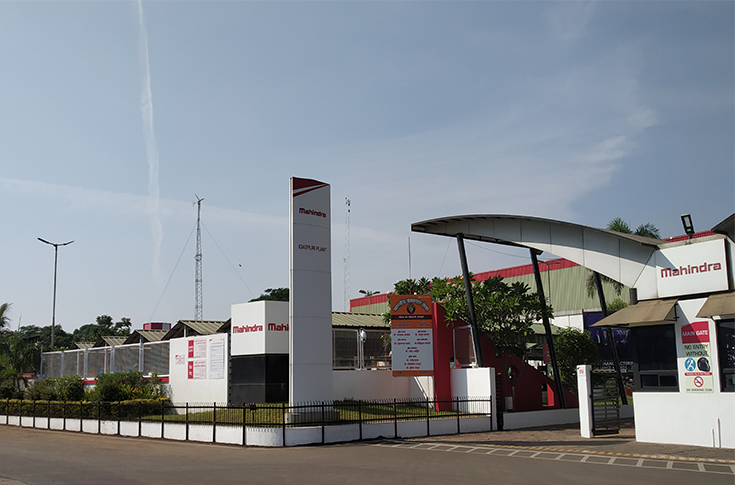 As part of its drive to become carbon neutral by 2040, the Mahindra Group says its factory in lgatpuri has become the first carbon neutral manufacturing facility in India. This was certified by Bureau Veritas (India), a leading company on the global scene which specializes in testing, inspection and certification.

Commenting on this achievement, Vijay Kalra, CEO, Mahindra Vehicle Manufacturers and chief – Manufacturing Operations at Mahindra & Mahindra, said that the Igatpuri factory was the first factory within the Mahindra Group to be certified as carbon neutral. He said that the company was able to achieve this through energy efficiency, greater focus on the use of renewable energy and the planting of trees to absorb residual carbon.

Mahindra & Mahindra was the first company in the world which committed to doubling its energy productivity by 2030, and signed on to The Climate Group’s EP100 program. The company used energy efficient lighting, efficient heating, ventilation, and air conditioning (HVAC), motors and heat recovery projects to double the energy productivity of its automotive business almost 12 years earlier than planned.

According to officials at the company, the factory has a workforce of 1,500 employees who work in two shifts to make 1,286 engines on a daily basis. The plant produces 3 major engine families, including the 2.2 litre mHawk diesel engine. The engines made at the factory are installed in Scorpio, Xylo, Quanto, NuvoSport, Bolero, Verito, Thar and many more models. From 1981, the factory has made almost 3.4 million engines.

One of the steps Mahindra initiated at the plant in order to achieve carbon neutrality was to use its partnership with Ssangyong to implement cold testing of engines. This reduced the time needed for engine cycle testing. Other steps Mahindra took included reducing the fuel needed at the plant through optimal arrangement of the factory floor and the racks used for carrying parts. They also cleverly used the heat generated from the engine testing machinery, thus qualifying for an award at the Asian level.

The company says it has reduced its carbon and water footprint by 25 percent. Since the motors account for 70 percent of the total energy consumption, M&M chose to use energy efficient engines at its plants in India. It reduced energy consumption by 6 to 101 per cent by replacing 1100 motors and by generating electricity through the use of solar power and windmills, thus attaining an efficiency of 50 to 60 percent.

When it came to technological innovations, plant at Igatpuri plant used an autonomous electric robot from Hi-tech Robotics. The robot can navigate naturally with laser-based natural navigation that does not need any modifications to the existing infrastructure. It has dynamic obstacle detection and avoidance system.

At the Igatpuri factory, Mahindra used rainwater harvesting to make the plant the first such facility in the group to become water positive. The plant worked for 214 days without any supply from outside sources and has won a national award for water conservation.

Another measure the company took was planting of trees. Nasir Deshmukh, senior general manager, Operations at Mahindra & Mahindra said that 83 percent of the 100 plus acre site is covered in green foliage. None of the waste from the plant goes to landfill as over 99 percent of the waste is either recycled or reused. The company is on the verge of making the Igatpuri plant a ‘zero wood plant’. Dust levels have been reduced by 50 to 60 per cent thanks to the green cover. He added that the biodiversity in the area helped the company to produce Karanja oil which can even be used as alternative to diesel fuel.

Commenting on the achievement, Anirban Ghosh, Chief Sustainability Officer, Mahindra Group added, “Through the work we are doing on carbon neutrality, we are not only responding on the climate change challenge but our work also results in improved efficiency, innovation and more importantly delivers on the business case far sustainability.”

Mahindra became the first Indian company to announce its internal carbon price of USD 10 per ton of carbon emitted to fund investments required to pursue the path of carbon neutrality. The company carefully calculated the price on the basis of international benchmarks and an assessment of what was needed to achieve the goals the company had set in terms of energy efficiency and renewable energy.

The company was partly able to achieve this feat thanks to its 10 years of experience in creating carbon sinks. M&M will be collaborating with the international non-profit organization Environmental Defense Fund (EDF) on steeps to attain its carbon neutrality commitment.

M&M is also a signatory of the Science Based Targets initiative which provides companies with a clear pathway for reducing emissions in line with the Paris Agreement’s goal of limiting global warming to well below 2oC above pre-industrial levels. All these commitments are helping the company on its path toward carbon neutrality.