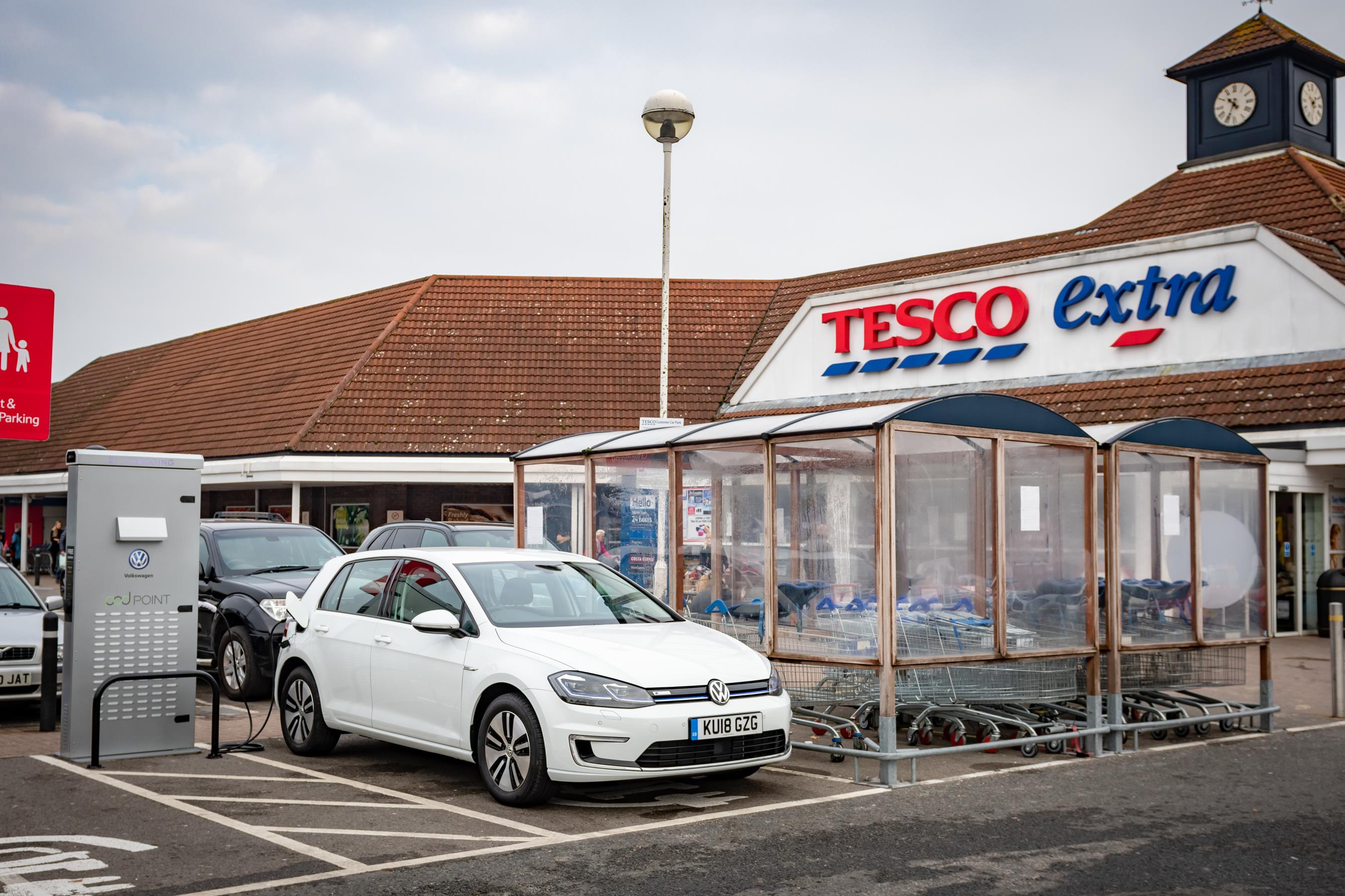 Volkswagen has teamed up with Tesco to build the largest free electric car charging network in the UK.

The two firms will collaborate over the next three years to install almost 2,500 charging points in the parking lots of 600 Tesco stores across the United Kingdom.

Statistics released by the Society of Motor Manufacturers and Traders (SMMT) indicate that over 120,000 ‘alternatively fueled vehicles’ have been registered in the U.K. in 2018. This points to a 22 per cent increase when compared to the same period last year.

The chargers will be installed by the charging network operator Pod Point, and customers at larger Tesco parking sites will have the option of choosing between a free 7-kilowatt (kw) charger or a pay-as-you go rapid charge 50 kw option.

The charging service will be available even to those who do not shop at Tesco. Nevertheless, the parking bays will be monitored in a manner similar to that for disabled or “mother and baby” parking spots to minimize misuse.

The chargers in the parking bays will be compatible with most makes of electric cars and Volkswagen is hoping that over time, the use of the bays will become habitual to shoppers.

The cost for the project will be borne by both Volkswagen and Tesco, though the financial details were not disclosed.

The Volkswagen Group expects to sell a million electric cars every year by 2025. The company had announced in November this year that it would spend almost 44 billion euros (USD 50 billion) on developing electric cars, autonomous driving and new mobility services by 2023. Volkswagen had also disclosed that it would be setting up a new factory in North America to build electric vehicles for the US market.