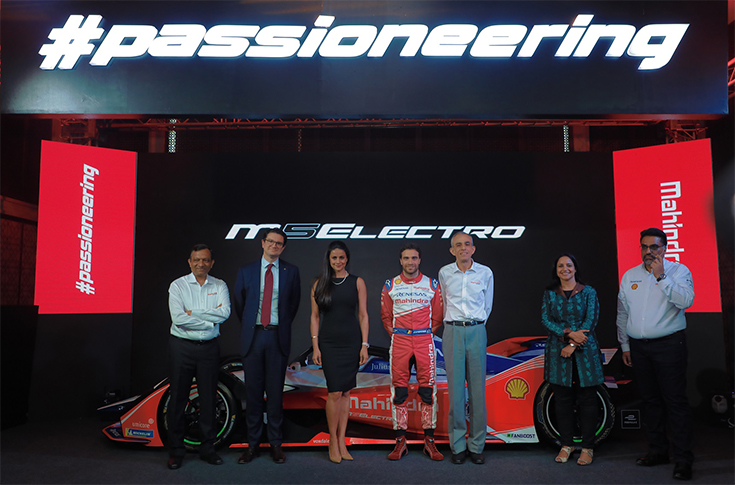 Mahindra & Mahindra and Shell recently announced that they would be collaborating on the development of fluids and lubricants for electric vehicles. Shell is the new sponsor of Mahindra Racing’s Formula E team and announced their new collaboration on the sidelines of the unveiling of the new M5Electra Formula E race car.

In an interview to Indian publication, Financial Express, Pawan Goenka, Mahindra MD and Mahindra Racing Chairman, said that Mahindra had ventured into the field of electric vehicles with the launch of its all-electric three-wheeler named the Bijli in 1999. The vehicle failed to gain popularity due the lack of charging infrastructure and awareness of electric mobility, and was therefore discontinued.

Mahindra then acquired Reva in 2010, and thus went on to develop the e2o and e2o Plus. The company’s Pininfarina subsidiary recently launched the PF0 electric hypercar concept which is priced at 2 million euros.

Mahindra & Mahindra had announced in November that the company would be investing over USD 138 million in building a new plant in the Indian state of Karnataka that would manufacture and develop electric vehicles. Mahindra is on track to launch its first electric SUV in India in 2019-20.

Shell has extensive experience in bringing trackside development to the end consumer and thus its collaboration with Mahindra Racing should help to develop technology for electric road cars.