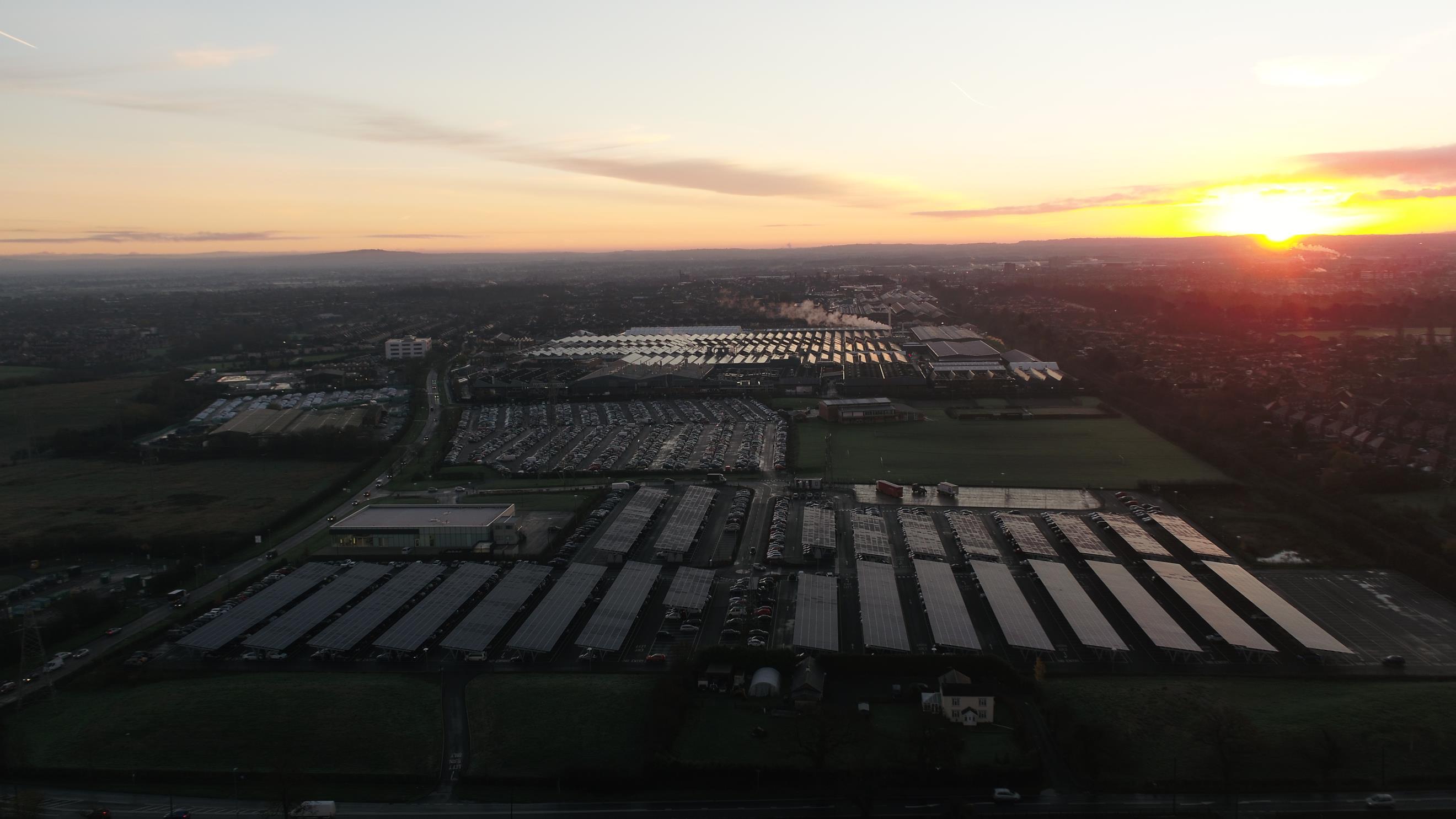 The words luxury and sustainable do not generally go together when it comes to luxury cars. Bentley has gone against this trend and set up the first carbon-neutral luxury car factory in the United Kingdom. The company has announced that its factory headquarters in Crewe, England has achieved carbon neutral certification, thus marking an important step in the brand’s drive to be seen as the most sustainable luxury automotive manufacturer in the world.

Bentley received this certification from the Carbon Trust, and it confirmed that the company meets the all the norms that are internationally recognized as per the PAS 2060 standard for carbon neutrality. The certification recognized the measures that Bentley has taken to reduce the carbon that is emitted in its operations, including the use of renewable electricity. All of the electricity used at the plant is generated either through its on-site solar panels or purchased as certified green electricity. All the emissions that cannot be eliminated are compensated with high quality offsets.

Earlier in 2019, Bentley had installed at its factory site in Crewe the UK’s largest solar car port, which comprised 10,000 solar panels. The installation has a capacity of 2.7 MW and covers 1,378 car parking spaces, sprawling over an area of 16,426 square meters. This further enhanced the total on-site solar panel energy capacity to 7.7MW and added to the electricity that was already generated through the 20,815 roof top panels.

According to Bentley, the certification reflected the work Bentley has put in over a period of almost two decades to make the historic Crewe site as energy and carbon efficient as it can be. A few parts of the site has existed right from the 1940s, but it was from 1999 when it became the first automotive manufacturer in the UK to achieve the ISO 14001 environmental management standard that Bentley first came into the news for its efforts to maximize energy efficiency and reduce emissions as a continual process.

Bentley purchased Gold Standard carbon credits to offset the emissions that occur during the manufacturing process and to secure the PAS 2060 certification. The quantity and quality of these credits were independently verified by the Carbon Trust, the world’s leading independent certification body for carbon footprints.

Commenting on the achievement, Adrian Hallmark, Chairman and Chief Executive Office of Bentley Motors, said: “While 2019 has marked Bentley’s centenary, our focus is now on preparing the business for the next 100 years. We want to lead the way in the delivery of sustainable luxury mobility – by providing our customers with products and services that reflect their own values.”

He added that Bentley was very conscious of its responsibility to consider the environmental, social and economic impact of the company and the certification was just the latest stage in this journey.

John Newton, Head of Certification, the Carbon Trust, said:
“The Carbon Trust is pleased to certify Bentley’s factory headquarters to PAS 2060, demonstrating its carbon neutrality. The initiatives that Bentley has undertaken to achieve this certification demonstrate the company’s commitment to becoming more sustainable.”