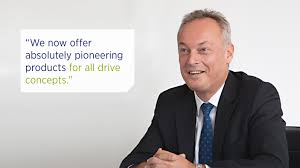 Frederic Lissalde Appointed as President and CEO of BorgWarner

BorgWarner has announced that Frederic Lissalde, who is currently serving as the company’s executive vice president and chief operating officer will be taking over as its president and CEO from August 1. He has been with the company for 19 years and will be replacing James R. Verrier who will be stepping down from that date. Verrier will continue to serve the company in a non-executive advisory role till he retires on February 28, 2019 to ensure a smooth transition.

Lissalde holds a master’s degree in engineering from the Ecole Nationale Superieure des Arts et Metiers in Paris and an MBA from HEC, also in the same city. During his tenure with BorgWarner, Lissalde was the managing director of several divisions for BorgWarner Drivetrain Systems before moving on to several key roles like president and general manager-BorgWarner Turbo Systems, which is the company’s largest business; vice president and general manager-BorgWarner Transmissions Systems; and vice president of global sales and marketing-BorgWarner Drivetrain Systems.

Commenting on Verrier’s departure, Alexis P. Michas, non-executive board chairman, he said Verrier had played a major role in evolving the company’s vision, strategy and product range to align better with global industry trends, thus proving to be a remarkable leader in the process.

Michas said, “His leadership to build a broad comprehensive product portfolio for combustion, hybrid and electric vehicles set the company on a path for continued growth regardless of how the global markets evolve.”

BorgWarner has 67 manufacturing and technical facilities spread across in 18 countries and has a workforce of 29,000 people.