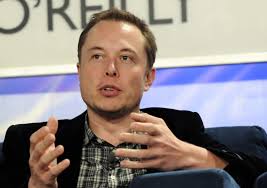 Elon Musk has been forced to step down as the chairman of Tesla as an outcome of the controversy created by his tweet regarding taking Tesla private. He had to take this step as after he faced immense pressure from Tesla’s investors and his lawyers. He was facing securities fraud charges from the Securities and Exchange Commission and reached this deal to avoid facing charges. Musk agreed to step aside as the chairman of Tesla, the company he co-founded for a period of three years and to pay a fine of USD 20 million.

The S.E.C. had sued Elon Musk in federal court for misleading investors about his intention to take Tesla private as he said in his tweet that he had “funding secured” for the company’s buyout at USD 420 a share.
Though Musk will no longer be Tesla’s chairman, he will continue to be its chief executive.

Musk’s controversial tweet about his intentions was followed by attacks on critics on social media, and this drew a lot of concern from investors. Tesla has been recently struggling to meet the highly ambitious production goals it had set regarding the Model 3 sedan.

Musk is considered as the moving force behind Tesla, making it a force to reckon with in the automotive industry within a relatively short period. It was Tesla’s great success that inspired mainstream automakers like BMW, Audi, Volvo, and Ford to take to electromobility. But Tesla has faced many crises in the past year and tweet has caused major fallout, with the company’s shares nosediving after S.E.C. filed the lawsuit.
Tesla, which is also settling with the S.E.C., will pay a $20 million penalty. The company was not charged with any fraud.