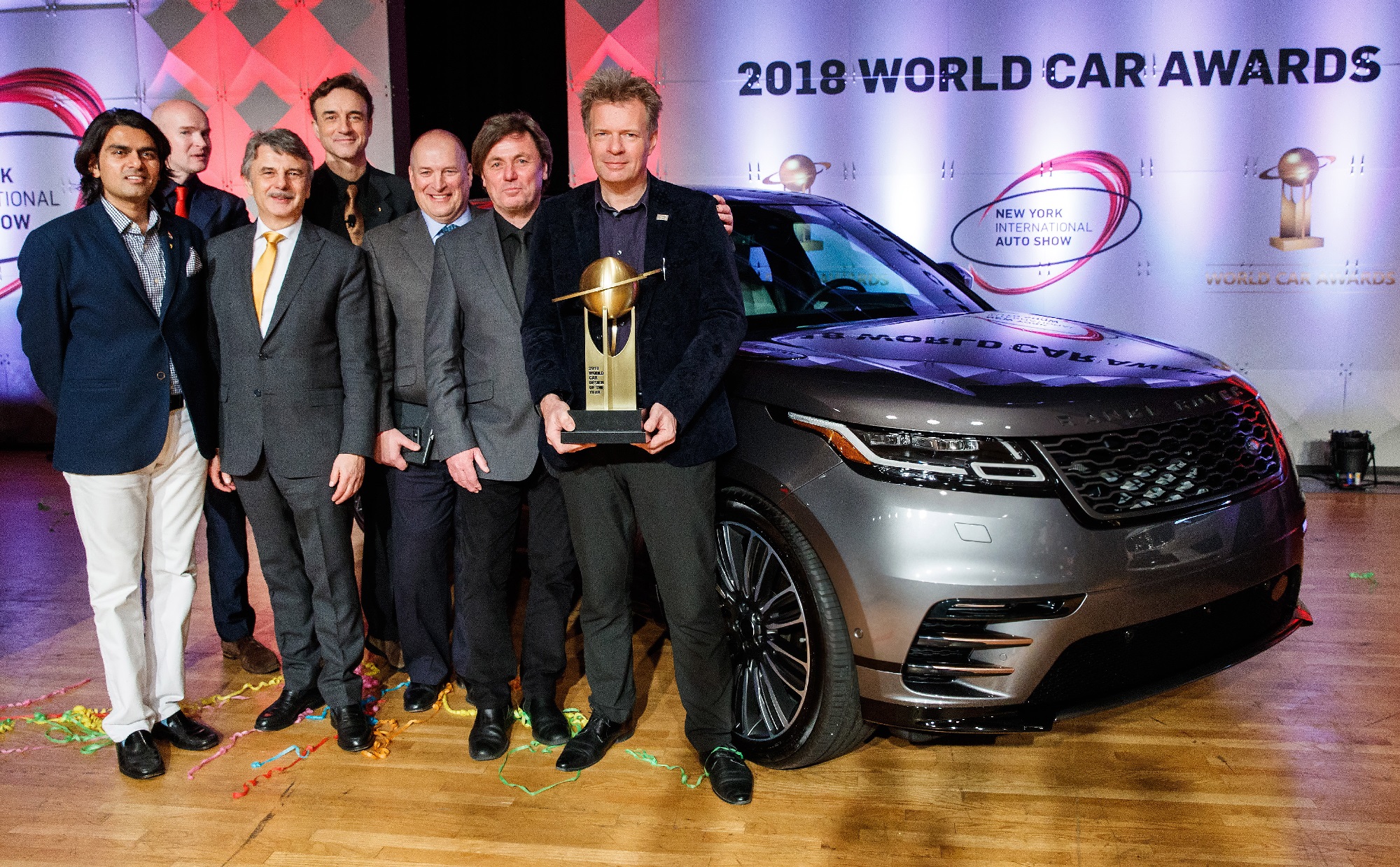 The Range Rover Velar has won the World Car Design of the Year title at the 2018 World Car Awards, thanks to its unique combination of engineering excellence and stylish design.

Commenting on the award, Prof. Dr Ralf Speth, Jaguar Land Rover CEO, said that the Range Rover Velar is a truly outstanding SUV with its blend of modern features, striking design, innovative Touch Pro Duo infotainment technology and its focus on sustainability ¬– what a combination. With Jaguar Land Rover winning the World Car of the Year design award for the Jaguar F-TYPE, the Range Rover Evoque, Jaguar F-PACE and now the Range Rover Velar, the company has definitely strengthened its position in the market He went on to thank the members of the jury and the Velar team for their passion and commitment.

The Range Rover Velar has a distinctive design with its perfectly optimized proportions and its impressive silhouette. Other notable characteristics of the model include its super-slim Matrix Laser-LED headlights, flush deployable door handles and sleek Touch Pro Duo infotainment all of which align well with Range Rover’s reductionist design philosophy.

Speaking about the award, Gerry McGovern, Chief Design Officer, Land Rover, said that Range Rover’s continued evolution of its design philosophy is spurred by its focus on designing and developing vehicles that its customers would love for life. The Range Rover Velar adds a new dimension of modernity to the Range Rover family with its mix of advanced technologies, thus making the vehicle one that provides an engaging driving experience for customers.

He concluded, “We’re honored that the jury recognized the tireless endeavours of our designers and engineers in delivering a vehicle with compelling design, tailored technology and relevant innovation which come together to create a vehicle of instant desirability.”

The Range Rover Velar fended off stiff competition from the Volvo XC60 and the Lexus LC 500 in the luxury SUV segment to win the World Car Design of the Year award. The jury for the World Car Awards consisted of 82 influential motoring journalists drawn from 24 countries.

The success of the Velar follows on the heels of the double win of the Jaguar F-Pace in 2017. The Velar was launched in 2017 and was named after the codename that was used for the original concept Range Rovers of the late 1960s period. It fills the gap in the model range between the Range Rover Evoque and the Range Rover Sport.

The Velar is available with a choice of six powertrains, which range from the clean and responsive 180PS 2.0-litre Ingenium diesel to the powerful 380PS supercharged 3.0-litre V6 petrol engine.

The Range Rover Velar is designed, engineered and manufactured in the UK and offers the practicality, connectivity and capability that Ranger Rover vehicles are known for. With its combination of innovative technical features and the inclusion of more sustainable materials, this is one luxury SUV that is truly impressive.