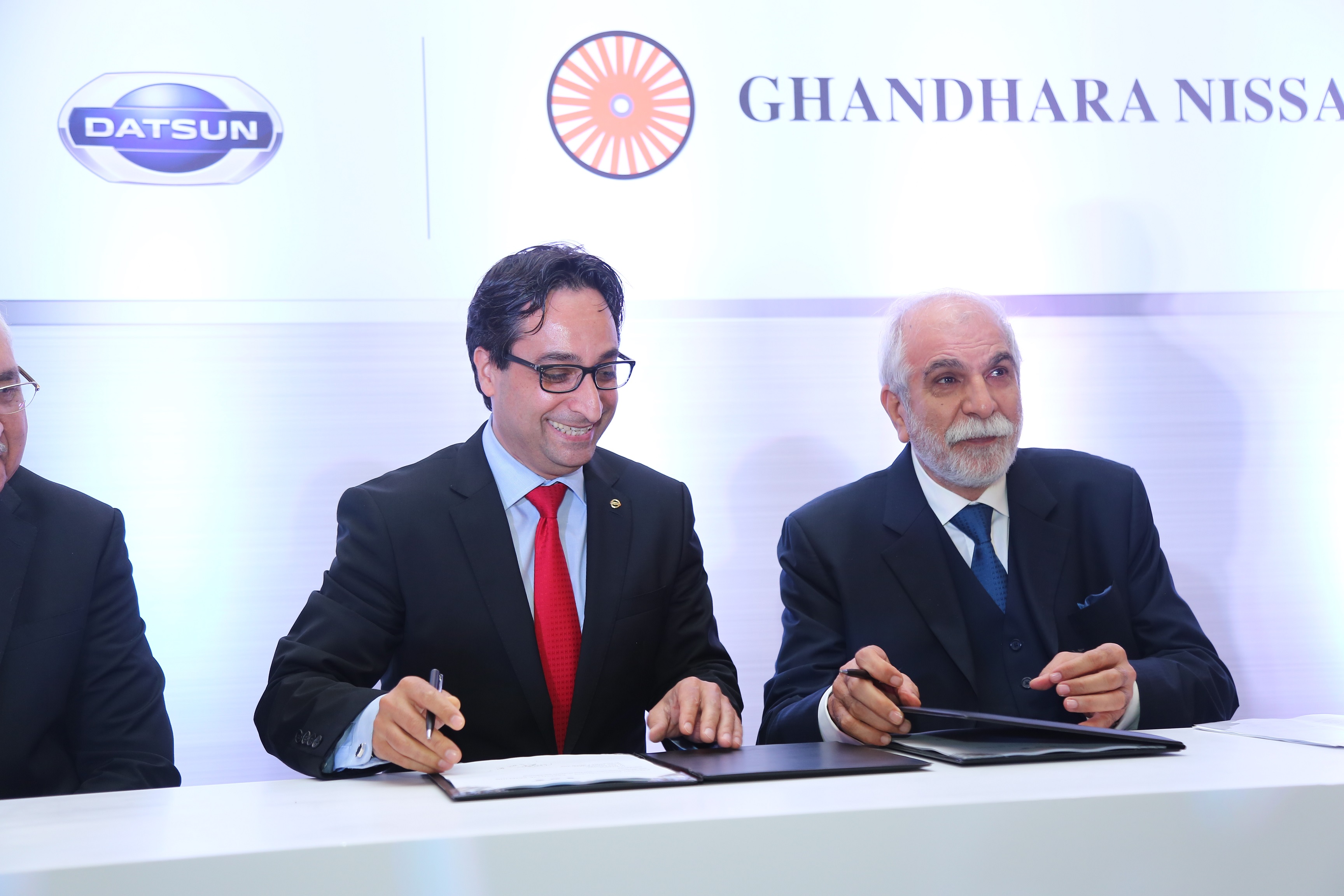 Nissan Motor Co., Ltd. is venturing into the Pakistan market for local production and sale of Datsun models through a partnership with its automotive partner Ghandhara Nissan Ltd., with which it has signed a manufacturing and licensing agreement. Through this partnership, Nissan would gain access to a market where the demand for new vehicles has increased to over 200,000 units a year as Ghandhara Nissan Ltd would also deal with distribution.
Nissan finalized this partnership as part of its strategy to engage with emerging automotive markets across the globe, with brands and products that are most suitable for each market in order to cater to rising consumer demand. It is expected that the first Datsun models would be available at the retail level in Pakistan within the 2019 fiscal year.
Commenting on the move, Peyman Kargar, Nissan senior vice president said that Nissan’s entrance to the Pakistan automotive market marks a major step in the country’s ongoing development of local manufacturing infrastructure and economic activity. He went on to express his confidence that with the close collaboration and support of the Pakistani government, the partnership would be of great benefit to the local economy, consumers, the company’s partners and Nissan.”
“Together with Ghandhara, we’ll be working actively with suppliers to localize and exchange technology and skills, which will provide a lasting benefit to the emerging local component industry,” Kargar added.
Motorists in Pakistan would now benefit from a wider range of models to choose from, which would be designed and built with the most modern Japanese engineering.
The automotive industry in the country would also get a major boost. It already contributes to about 4 per cent of Pakistan’s gross domestic product. Ghandhara is all set to invest about USD USD 41 million over the first four years. The company’s partnership with Nissan for licensing, manufacturing and the development of a retail network is expected to create more than 1,800 jobs.
Nissan and Ghandhara will team up to transform Ghandhara’s facilities in Karachi’s Port Qasim into a manufacturing facility that is truly world-class. Ghandhara has a longstanding relationship with Nissan and will bring to the partnership its knowledge and expertise in the local market. The project has qualified for brownfield category status under the Government of Pakistan’s Automotive Development Policy.
“This agreement will introduce world-class facilities and the best of Japanese engineering technologies,” said Ahmed Kuli Khan Khattak, CEO of Ghandhara. “By localizing the manufacture of parts and components and boosting development in the auto supplier industry, it will provide Pakistan with technical assistance and promote partnerships with Japan”.
He concluded by stating that customers in Pakistan will now have greater choice and enjoy engaging driving experiences in vehicles having modern features that are ideally suited to the country.