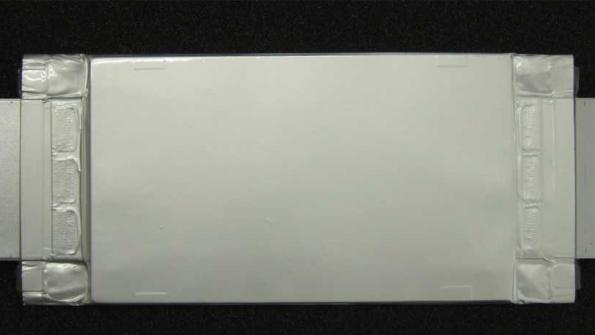 Toshiba has announced that it has developed a more powerful version of its next-generation Lithium-ion SCiB battery. The battery’s anode has double the capacity of the previous version due to the use of a new material.

The new 32-kWh battery comes with ultra-rapid recharging and high energy density, both qualities that are essential when it comes to automotive applications. The new battery can be used to give a compact electric vehicle a driving range of 198 miles or 320 km after just six minutes of ultra-rapid recharging. This is three times the distance that can be obtained through the use of batteries that are currently available.

The current SCiB battery uses a lithium-titanium oxide anode and has a reputation for its rapid charging, safety and long life. It is used in infrastructure and industrial applications in addition to automotive applications.

Toshiba used a proprietary method for synthesizing and disarranging crystals of titanium niobium oxide and storing lithium ions more efficiently in the crystal structure in order to develop the new battery.
Commenting on the new battery, Osamu Hori, director-Corporate R&D at Toshiba said that the company was very excited by the potential of the new titanium niobium oxide anode and the next-generation SCiB as it is a game-changing advance and not just an incremental improvement. The battery can significantly increase the range and performance of EVs.
He concluded, ‟We will continue to improve the battery’s performance and aim to put the next-generation SCiB into practical application in fiscal year 2019.”