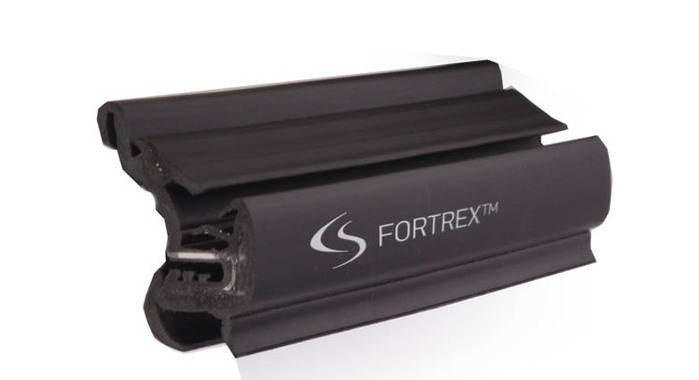 Cooper Standard, a leading supplier of automotive systems and components won the 2018 Automotive News PACE Award for its Fortrex lightweight elastomeric material. This is a new class of materials that when used for automotive sealing applications offers the benefits of reduced weight and superior weatherseal performance and aesthetics.

The PACE (Premier Automotive Suppliers’ Contribution to Excellence) Award is often known as the ‘Academy Award for Innovation’ in the automotive industry and Cooper Standard received the award during the annual awards ceremony which was held on April 9 in Detroit.

Commenting on the award, Jeffrey Edwards, chairman and CEO, Cooper Standard said that the PACE Award highlighted the impact that material science can have on breakthrough innovation. He went on to add that Cooper Standard’s Fortrex technology is just one example of the many innovations that the company’s team is working on, and expressed his desire to see more such game-changing innovations in the future.

Cooper Standard said that use of Fortrex can help save weight significantly, by upto 30 percent when compared to traditional EPDM. At the same time, it helps avoid the compression set issues that are normally associated with TPV. The outcome is superior sealing systems and lower cabin noise. It does not weather or bloom like EPDM and can be accurately colored-matched.

Fortrex is non-conductive and from the environmental perspective, it has a low carbon footprint across the entire material and production chain, surpassing TPV by 22 percent and EPDM by 53 percent. It can also be easily modified for numerous applications and performance solutions within automotive and adjacent markets.

Cooper Standard specializes in rubber and plastic sealing, fuel and brake lines, fluid transfer hoses and anti-vibration systems. The company operates in 20 markets across the world and has a workforce of about 32,000 people globally.