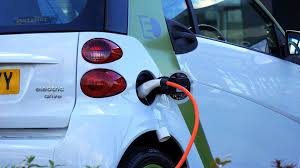 Researchers at the University of Glasgow have developed a new type of battery which could make it possible to recharge electric vehicles in just a few seconds.
A team of chemists at the university developed a new flow-battery energy storage system that used a nano scale battery molecule. This nano-molecule has the capability to store either electric power or hydrogen gas in a new hybrid energy storage system.

The team wrote at length about their research on the “hybrid-electric-hydrogen” flow battery in the Nature Chemistry journal, and said that it could release power on demand either as electricity or as hydrogen gas. Both of these can be used to fuel cars.

When a concentrated liquid containing the nano-molecules is made, the amount of energy it can store increases tenfold. This energy can be released in the form of hydrogen gas or as electricity. Thus, it would no longer take hours to charge if the material used is a pumpable liquid like petrol and diesel. The vehicle could be recharged in the same time that it takes to fill up the tank of an internal combustion engine powered vehicle.The new liquid can be used as a replacement liquid for the purpose of recharging electric vehicles.

The new technology was developed by a team comprising Professor Leroy Cronin, Dr Mark Symes and Dr Jia Jia Chen, who claim that it will lead to the development of new energy storage systems for electric cars, new ways in which renewable energy can be stored. It can even lead to the development of electric-to-gas energy systems for when a fuel is needed.

One key issue with energy from renewable sources is that there are peaks and troughs in supply, whether it is solar, wind or hydro power. Hence, high capacity and flexible energy storage systems are needed to smooth this out, according to Professor Cronin.

The new technology could be used to do this in an electrochemical manner. He also claimed that the very high energy density of the material used could increase the range of electric cars, and could also increase the resilience of energy storage systems so that the lights could be kept on when there is peak demand.

Another advantage the liquid electrolyte offers is that it would be possible to control ageing. In the case of a normal lithium battery, the solid system degrades over time and lithium batteries can last only for a certain number of charge-discharge cycles. In the case of the liquid electrolyte, the inorganic salt that is used is very stable and this ageing process does not occur.

A lot of work still needs to be done to ensure that the new technology can work in a reliable and safe manner. Currently, the research team has transitioned from work in the laboratory to testing and development of a prototype

Many leading companies across the globe are interested in the new technology.