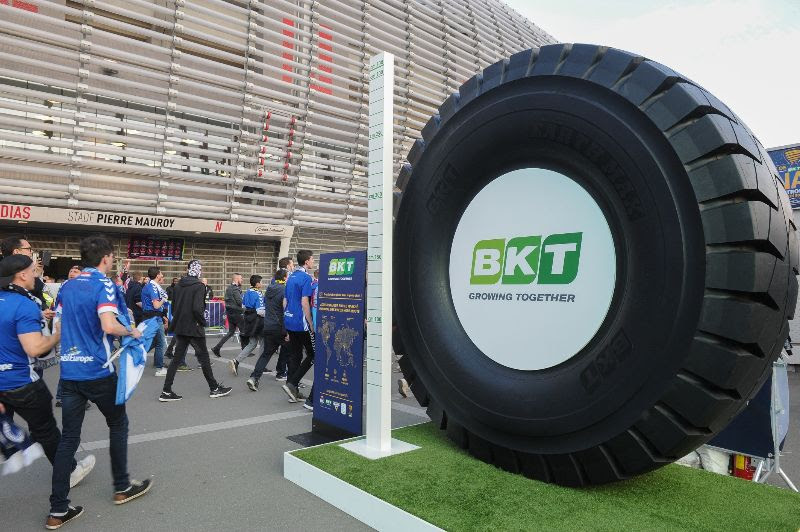 BKT, which is one of the leading players in the segment of off-highway tires has been active in promoting players who move on the football pitch with the same agility that the company’s tires demonstrate on farms. The company has announced that it is now the title sponsor of Ligue 2. From the 2020/21 season, the French league will be renamed as Ligue 2 BKT.

The partnership agreement was recently finalized between BKT and Ligue de Football Professionel (LFP), which is the organization that oversees professional football championships in France. The sponsorship will continue till the end of season 2023/24.

Commenting on the new partnership, Lucia Salmaso, Managing Director of BKT Europe, said that the company was happy to continue its adventure with French football. He said that the  new sponsorship fits perfectly with the company’s growth strategy for brand awareness. BKT is already the Title Sponsor of the second Italian football championship, which is played in cities where agriculture, BKT’s primary market is highly developed. BKT is following the same marketing strategy in France also, as part of its drive to get closer to its customers, while sharing their passion for football and sport.

BKT has already teamed up with LFP as the title sponsor of the Coupe de la Ligue BKT till the end of this season. Didier Quillot, General Executive Director of LFP said that the league was very happy to continue its cooperation with BKT, saying that it was a sign of the growing appeal of professional football in France.

Fans of Ligue 2 BKT can expect many surprises and activities in the course of the next championships. BKT is quite well known for the unique and one-of-a-kind experiences it delivers to its fans.

Sports marketing is a key element of BKT’s marketing strategy. Sport symbolizes  commitment, determination and the desire to win, qualities that the company shares. BKT has always supported sport by sponsoring numerous sport events that the company actively follows all around the globe.