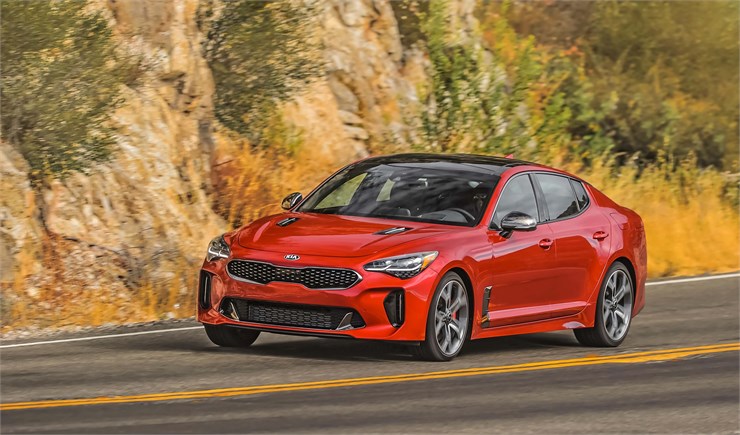 Al Majid Motors Co., the UAE distributor of Kia Motors has announced that the company’s Rio and Stinger models have emerged as the toppers in their respective segments in the J.D. Power Automotive Performance, Execution and Layout (APEAL) awards. Thanks to these wins, Kia managed to improve its overall score by eight points in the J.D. Power 2018 APEAL awards and became one of the top ten non-premium brands. This is definitely a commendable achievement in light of the fact that Kia Motors was named as the highest ranked mass market brand in J.D. Power Initial Quality Study for the fourth straight year, with the Kia Rio becoming a winner in the small car segment as well.

Commenting on the achievement, Mohammed Khader, President of Al Majid Motors Company, commented that Kia once again proved to be a strong contender among the top 10 non-premium brands with both the Rio and the Stinger exceeding the expectations customers had. He went on to add that earning the J.D. Power APEAL award for both models highlighted Kia’s level of dedication to delivering a superior combination of the desirable features and attributes car buyers look for in their vehicles today.

The Rio was completely redesigned for the 2018 model year and was a clear winner when compared to all the other models in the small car segment. It was one of the only contenders to score the highest marks in overall performance and design, comfort, features, and style. The Kia Stinger was the highest performing vehicle in the brand’s history, and was rated as better than its more expensive European counterparts in the compact premium car segment.

The J.D. Power APEAL study assesses new-vehicle owners’ overall satisfaction with their vehicles in the first 90 days of ownership. The results are divided into 10 categories and weighted based on the score they receive with regard to criteria like the exterior, interior, storage, audio, seats, heating and ventilation, driving dynamics, powertrain, visibility, and fuel economy.