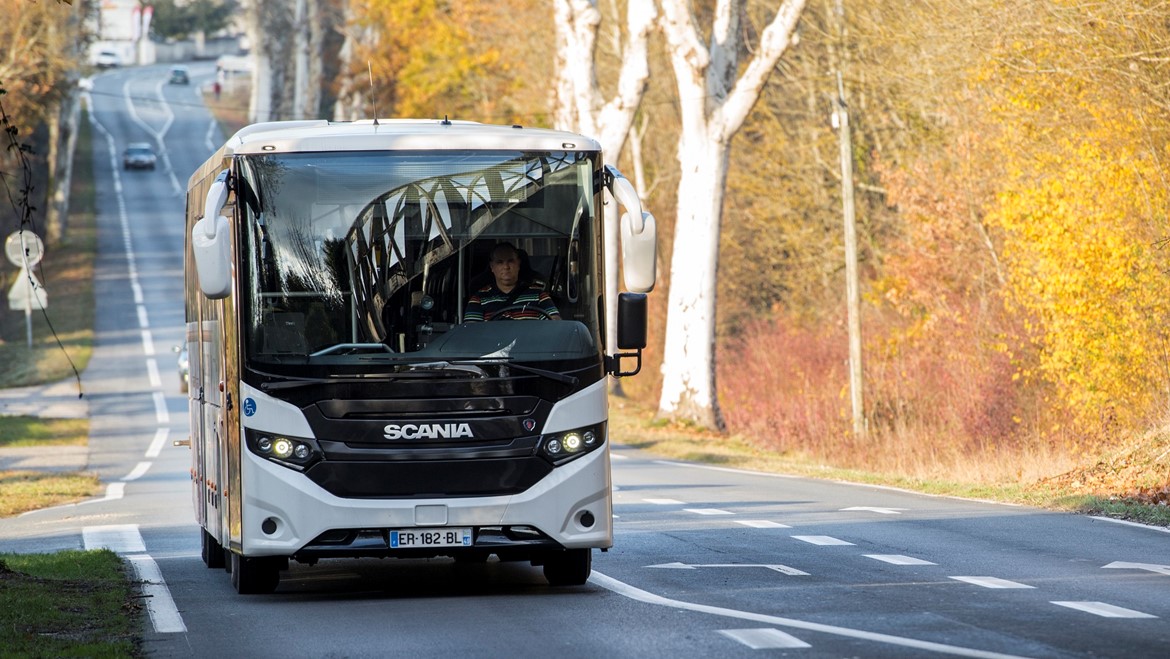 Scania Makes Truck that can Run on Wine Waste

Scania has made a new bus that can run on wine waste and is showcasing the bus in the wine producing Bordeaux area in France. And appropriately, it runs on wine. Or at least some of the waste from winemaking.

Run by local transit operator Citram Aquitaine, the Scania Interlink LD bus runs between Bordeaux and Blave, which is about 50 kilometers away. The bus is being run as part of Citram Aquitaine’s commitment to sustainable energy and transportation. Scania has The bus has been converted to run on bioethanol made by Raisinor France Alcools.
The fuel, known as ED95, is 95 percent pure ethanol with corrosion protection and lubricants added. It’s about as close as a diesel can come to burning straight ethanol. Here, it’s made from grape marc. That’s the solids left over from grapes after they’re pressed for juice in the winemaking process. It’s skins, pulp, seeds, and stems. Raisinor’s contribution to the collaboration collects some of the 100,000 tonnes of grape marc that are produced at just one of the region’s wine cooperatives. The full 100,000 tonnes could be used to make enough bio-ethanol to power 1,000 vehicles the company says.

The benefits of the fuel include 85 percent fewer carbon emissions, 50 percent less nitrogen oxides, and 70 percent fewer particulates. But improved fuel economy isn’t on the list. While it produces less pollution, it uses more fuel. The fuel is also more expensive to buy.

Citram director Nicolas Raud says the company is ok with increased costs. “To cause less pollution, we must accept the bill,” he said, adding that “it is up to us to suggest an economically acceptable energy mix.”
Raisinor and Scania have been working together on bio-fuel since the 1990s, and are now moving toward this new fuel, what they call a second-generation bioethanol. Citram says that they see the potential for fuel production in places where there isn’t now, and they don’t think there ever will be a conventional fuel station. If the wine waste program works well, expect it to expand. We’ll drink to that. As long as we’re getting home on the bus.