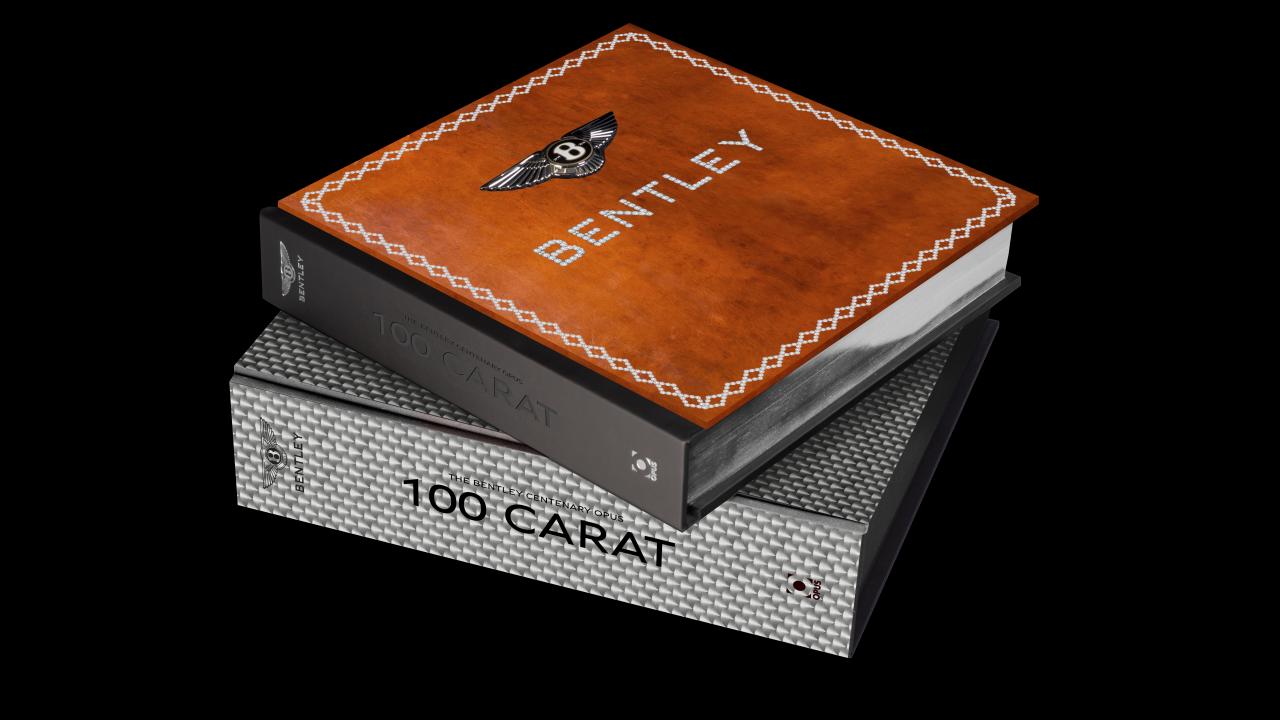 Bentley has issued a book that celebrates its centenary year. This is not just any book but is likely to be a book that might become more celebrated than the cars made by this luxury brand. Bentley collaborated with Opus a publisher that specializes in one off books to publish this special book. Opus has the tagline “Greatness immortalized greatly”. The special Bentley books details Bentley’s journey over the past 100 years in an interesting manner. The book is a limited print edition that can be customized, is full of exclusives, weighs about 66.5 pounds, and cost even more than a Bentley.

There will be three versions of the book of which 500 copies will be printed. The Mulliner has a print run of 100. The 100 Carat will comprise only 7 books representing the seven continents.

All the books will be having hand-bound leather bindings for which the leather will be sourced from the same herds which supply the leather for the Bentley cars. Customers can choose what color leather they prefer. The cover will be plain except for the special Bentley badge that is fixed to the Bentley cars made during this anniversary year.

The book will have a foreward written by renowned Bentley collector Ralph Lauren. The book will consist of over nine chapters spread over more than 800 pages which detail the tale of W.O. Bentley and his team of Le Mans racers who had a love for speed. They spent ages perfecting the grand tourers, the limited editions and  the one-offs belonging to the Bentley brand. The book also explains at great length more about the designers, the craftsmanship, and the famous Bentley sports cars which inspired the Bentley GTs and limousines. The last chapter, called “The Future,” is written by the current Bentley CEO Adrian Hallmark who explains more about Bentley’s vision for the next century will bring.

The book includes content that has never been seen before like historical photos, new photos shot by Opus, and gatefold pages with artwork that spans almost 6.5 feet when fully opened. The “entry-level” Centenary edition has a price tag of GBP 3,000, or USD  3,800 in green money.

The Mulliner edition has a few extras like 20-inch by 24-inch Polaroid photos which showcase 10 of the most famous Bentley models and 56 watercolors painted on silk paper. The book’s clamshell case will have a piece of the left front Michelin tire used by the Bentley Speed 8 that was the winner of the Le Mans in 200. Owners can opt for more features that can be used to customize their Bentley book like having their own Bentley photographs included in their copies, or having their cars photographed by Opus to be included. The Mulliner edition costs GBP 12,500, or USD 16,000.

In addition to the Mulliner’s customized version, the 100 Carat edition of the book is encrusted with 100 carats of diamonds and a wings badge which is set in either white gold or platinum. Diamonds were likely chosen as diamonds signify the tenth anniversary. The price of the 100 Carat version is GBP 200,000.