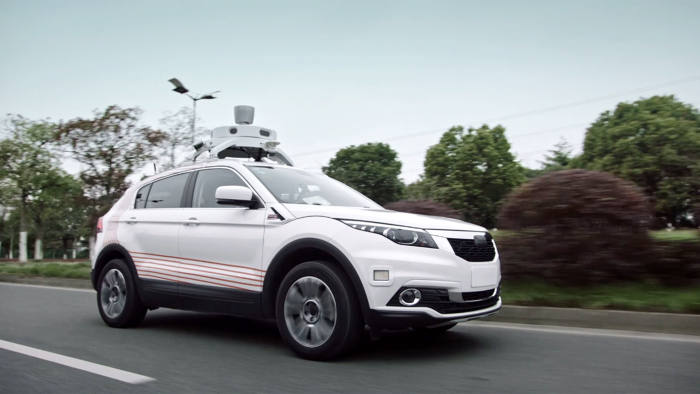 China’s leading player in the ride-hailing segment, Didi Chuxing has revealed plans to deploy a fleet of self-driving vehicles to pick up passengers in one of the districts of Shanghai. The plan is for the scheme to go global by 2021.

Using the service, passengers can use Didi’s app to hail a self-driving vehicle in the city’s Jiading district, according to what the company’s Chief Technology Officer Zhang Bo said while speaking at the World Artificial Intelligence Conference.

To err on the side of safety, the cars would still have a human driver. More than 30 different types of car models will be offered as part of the pilot service, and all of them are expected to have Level-4 autonomous driving capabilities. The rides in the self-driving cars will be free of charge.

Zhang told members of the media that the plan will be implemented in a few months after Didi gets a few licenses. The firm has already received permits from the Shanghai government for testing its self-driving fleet.
According to the current timeline for the project, Didi plans to deploy the robotaxis in three cities in China – Beijing, Shanghai and Shenzhen, by 2020 with plans to enter overseas markets in 2021.
Didi is also conducting discussions with Toyota Motor Corporation. The two companies have already set up a joint venture that will specialize in mobility services, and on self-driving technology.
Zhang expressed his belief that many companies which provide transportation technology will try to collaborate to offset the costs of developing a ridesharing network and the technology needed to make self-driving vehicles.

“There will be no more than 3 alliances that can provide a real product,” he said. “Self-driving vehicles will be one of the most important areas in artificial intelligence over the next ten years.”
Earlier in August, Did had divested its autonomous driving unit as a separate company that will deal with research and will focus on strengthening its ties with automotive manufacturers. Zhang is the CEO of this new company.

Many leading technology companies like Baidu from China and Waymo from the US have been engaged in a race with traditional car manufacturers to develop full commercial self-driving vehicles that are road legal.