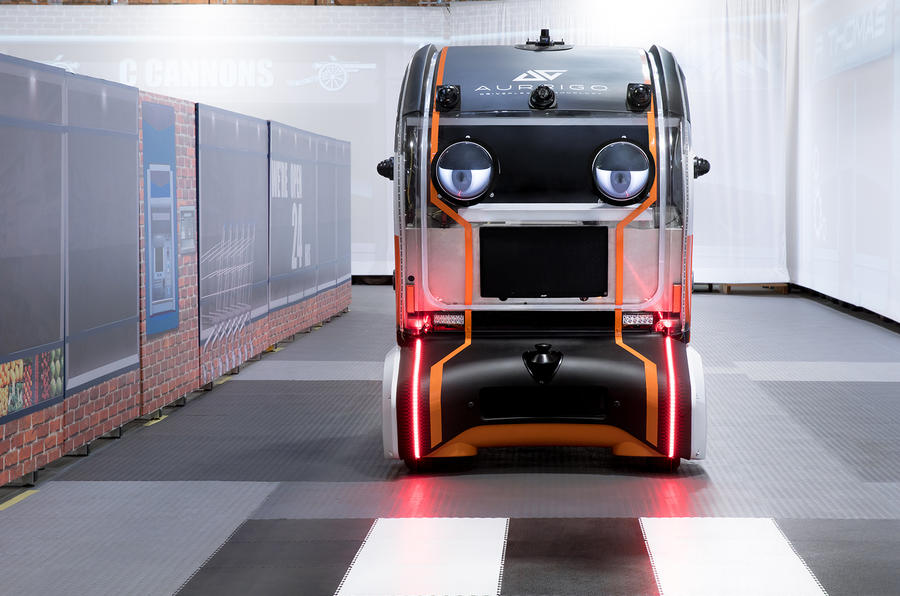 As part of Jaguar Land Rover’s research into how people behave around self-driving vehicles, Jaguar Land Rover’s future mobility division has given “eyes” to its driverless pods. The “eyes” make the pods look like they came straight out of a cartoon for kids. They are not really sense but serve as a visual reminder to those who see the pods that the car is aware of the obstacles in its way. They can fix upon the pedestrians and make them aware when it is safe to cross the road by signaling them.

The purpose of the study is to find out if the use of such “eyes” will give people more confidence to walk in front of the pods though the pods are not controlled by human drivers. The main fear that people have about autonomous vehicles is that their sensors will not detect all the objects in their way and this will result in accidents.

Jaguar Land Rover will use the services of cognitive psychologists to study the behavior of people after the eyes of the pedestrian and the pod “meet”. This initiative by Jaguar Land Rover is part of the Autodrive project that is supported by the government of UK and with which many leading automotive manufacturers are associated.

JLR conducted studies which indicated that up to 63 per cent of pedestrians and cyclists feel that they are more at risk when self-driving vehicles on the road. Pete Bennett, future mobility research manager at JLR said that it is the second nature of people to glance at the driver of an approaching vehicle before they try to cross the road. It is therefore important to know how this quirk would work out in the age of automated vehicles. He said that the JLR team wanted to know how important it is for humans to get information about a vehicle’s intentions or if it is just enough to let the pedestrian to know that he has been recognized.

JLR is hoping that the project will help contribute to the public’s confidence in autonomous vehicles by having the pods replicate human behavior and elements of body language that pedestrians can understand and connect with. The main barrier that the public has when it comes to idea of autonomous vehicles is the increased risk they perceive in terms of road safety.

Another vehicle that had cartoon style eyes was the Sedric driverless concept pod from Volkswagen though these lacked the ability to make direct “eye contact” with road users.