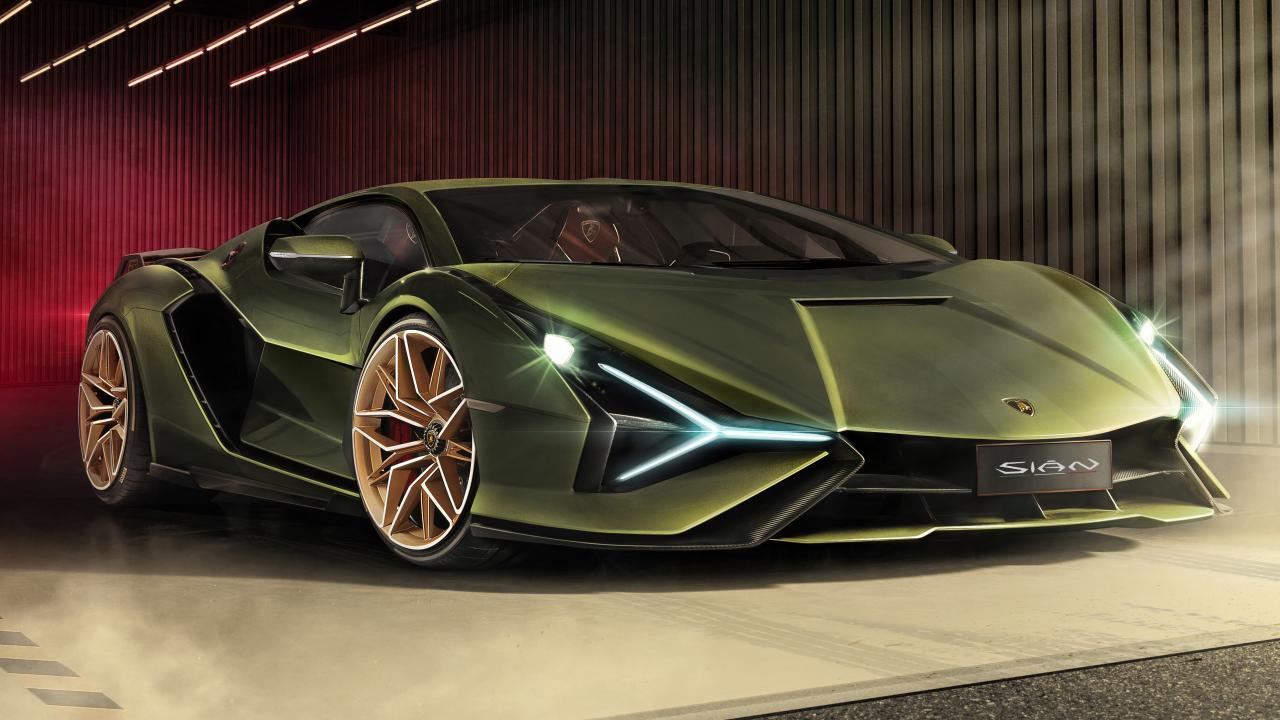 Lamborghini Sian is Fastest Ever Lambo

The new Lamborghini Sián has several firsts to its credit. It is the fastest Lamborghini ever with a top speed of 217 mph and the ability to go from 0 to 62 mph in just 2.8 seconds. It is a limited-edition hypercar that is billed as the precursor to the brand’s next generation of supercars. It is also the first hybrid ever that Lamborghini has made.

The Sián is powered by an electric motor that works in tandem with a mid-mounted 785-horsepower V-12 engine. Together, they deliver 819 horsepower, the highest level of power that has ever been available for any Lamborghini. When compared to all the V-12 cars that the Raging Bull has made, the Sián has the highest power-to-weight ratio.

Sián means ‘flash or lightning’ in the dialect of Italian that is spoken in Bologna. The name stands for the electrification of a Lamborghini production car and also highlights the brand’s strong connection to Bologna, according to the company’s CEO, Stefano Domenicali.

The Sián has a very limited production run with only 63 units being built. Like most models that the company has produced, all 63 cars have already been booked, though the base price is quite high at USD 3.6 million. To make it even more special to own a Sián, it seems that every individual car will be unique. Owners have the option of completely customizing their car’s color scheme as part of Lamborghini’s Ad Personam program. Everybody who can pay for the Sián has presumably already done so but just to satisfy your curiosity, each one cost its owner $3.6 million.

It is quite likely that the next variant of the Aventador will be a hybrid like the Sián and have a similar powertrain.