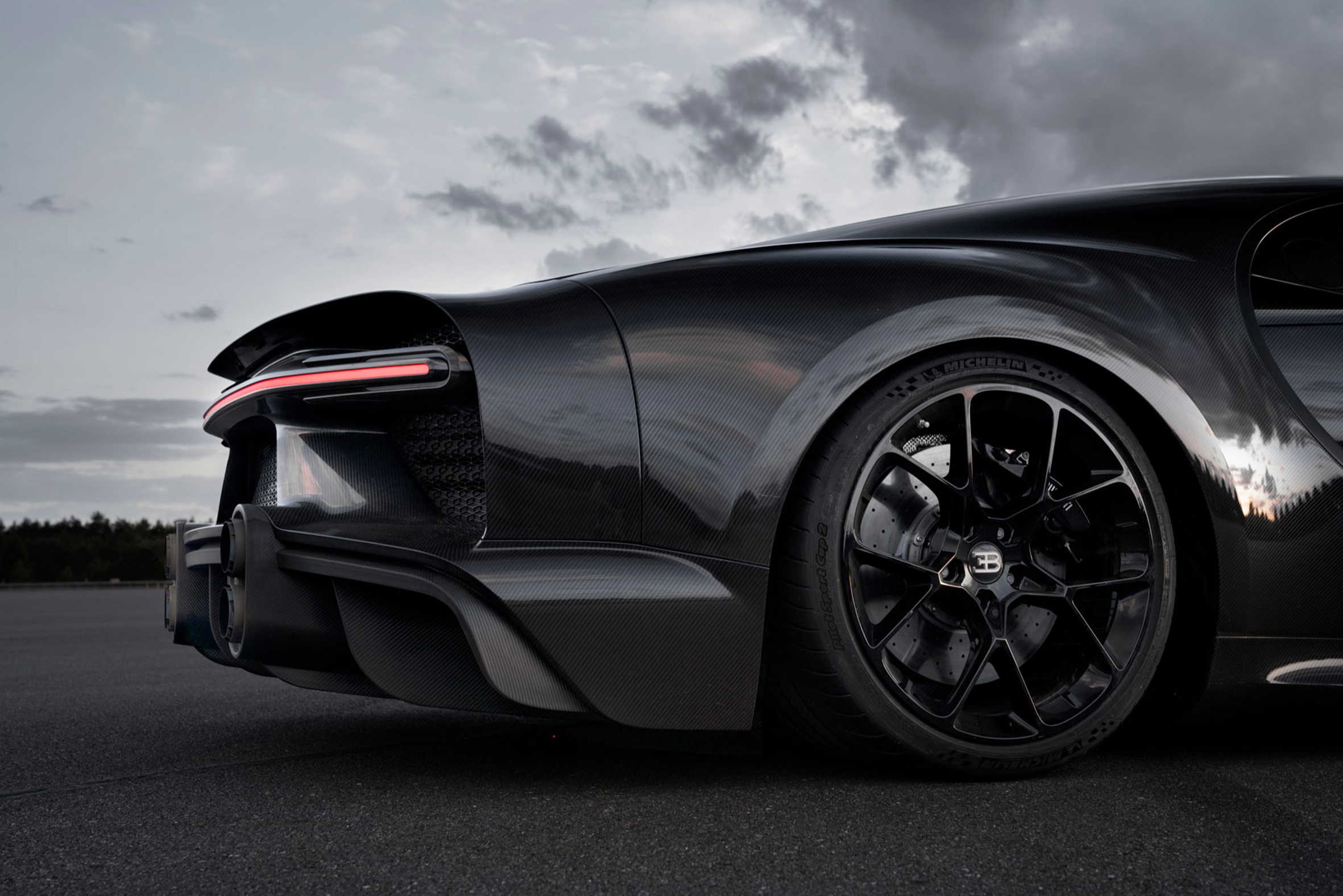 Michelin Pilot Sport Cup 2 tire has earned the distinction of becoming the fastest street legal tire in the world. The tire was used for a Bugatti Chiron which became the first near production car in the world to speed past the 300mph barrier, with its independently verified top speed reaching 304.773mph (490.484km/h).The record was achieved with Bugatti test driver Andy Wallace at the wheel of the Chiron during August at Bugatti’s Ehra-Lessien test track in Northern Germany.

The Michelin Pilot Sport Cup 2 tires which were used for the vehicle that broke the record were not modified much in comparision to regular OE tires. They sported the ‘BG’ mark meaning that they could only be used for Bugatti cars, and they are completely street legal. The only modification that was made was that the casing belts of the tires used on the record-breaking Chiron were specially reinforced to handle the 5,300g which the tires needed to tolerate at such extremely high speeds.

Michelin developed the Pilot Sport Cup 2 tires which were made specifically for the Bugatti Chiron, at its Technology Center in Ladoux, France, and its site in Charlotte SC, US. At the Carlotte site, specialist machinery was used to conduct extreme tests on the Michelin tires. To check whether the tires could withstand the extreme speeds of the Bugatti Chiron, Michelin used a test machine which was designed to test tires fitted to the Space Shuttle, and can test tires which are running at speeds upto 510km/h.

Speaking about the tires, Pierre Chandezon, Bugatti tire design team leader at Michelin said that Michelin was very proud to have played a part in achieving the record. He called the achievement an outcome of the close ties between Bugatti and Michelin which go back almost 20 years. This longtsanding relationship gave Bugatti the confidence needed to allow Michelin to develop the sole OE tires for the Chiron.