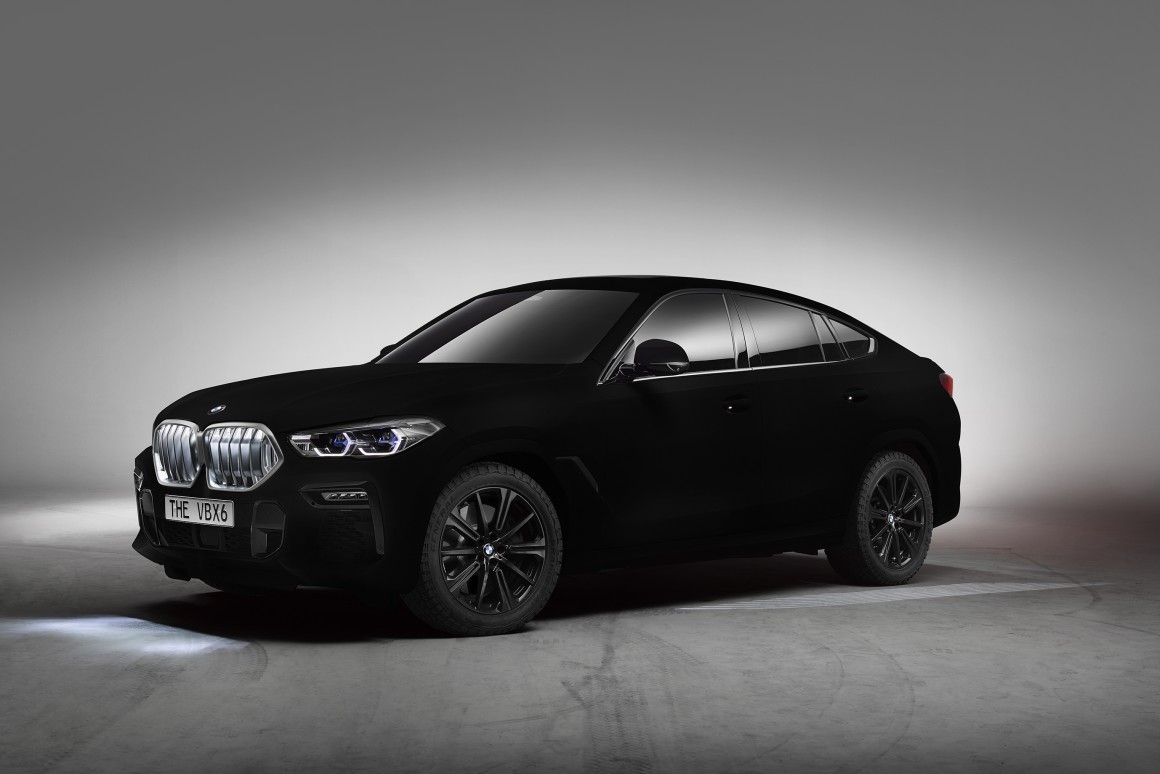 BMW has made what it says is the blackest car ever. The car is a BMW X6 painted with a shade of paint called Vantablack, which its makers, Surrey Nanosystems calls the “world’s blackest black”. Surrey Nanosystems, a company established by Ben Jensen, is a research firm that specializes in nano technology. Surrey Nanosystems developed Ventablack back in 2014, and used nano technology to make the pigment from tiny bits of carbon. The paint was originally meant to be used in outer space as it can be applied at temperatures hundreds of degrees below freezing.

Normally, a car that is painted black absorbs all visible light but Vantablack goes one better nad has the capability to absorb in addition to visible light, a whole range of the spectrum that cannot be seen with the naked eye. Previously, Vantablack had been used in art installations and masks and this is the first time that the shade has been used for a car.

BMW plans to showcase the car at the Frankfurt Motor Show and so far, the car is the only one in the world to sport a Vantablack VBx2 paint finish.

Jensen said that though many automobile manufacturers have been in touch with him about using Vantablack for their models, he did not feel that the shade was suitable for use in cars. According to him, the Vantablack X6 is a one-off project. He allowed BMW to use it for the X6 only because of the car’s size, shape as well as its unique and expressive design.

In its purest form, Vantablack absorbs all light, without reflecting any light back.. Jensen added that VBx2 reflects light to the extent of just one percent to highlight the shape of the car and the contrast between the matt black surface and details like the model’s Iconic Glow kidney grille, the headlights and the windows. This way, the car escaped looking two-dimensional.

He concluded by saying that developing a Vantablack VBx2 car paint that is durable enough for use on a daily basis would be a highly challenging task from the technological perspective.

Hussein Al-Attar, who designed the X6 felt that if ever a shade of the Vantablack is developed that is suitable for automotive use, the BMW X6 SUV is the perfect fit for the paint. He said, “BMW X6 drivers are among our most extrovert and free-spirited customers. If anyone were to opt for a Vantablack paint option, it would definitely be a BMW X6 driver.”

Another reason why automotive manufacturers might not take to using Vantablack is that black cars in general have a higher rate of accidents as they are less visible. The chances of of crashing a black car at dawn and dusk are 47% higher than that of a non-black car.