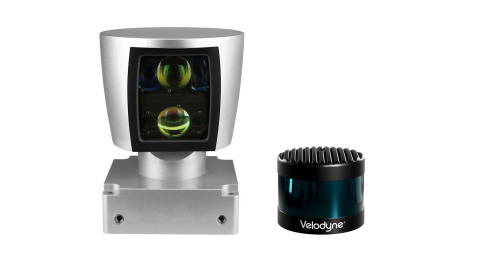 Velodyne’s Launches Lidar with the Highest Resolution in the World

Velodyne has launched what it claims is the Lidar with the highest respolution in the world for automated vehicles, VLS-128.

The Lidar can be used not only in automated vehicles but would also be of great interest to Velodyne’s mobile-mapping customers as well.

Velodyne had used the Frankfurt Motor Show to provide visitors with a preview of its latest lidar sensor. The sensor has 128 scanning channels and four times the data density of its predecessor, HDL-64. Thus, cars can use the Lidar to get denser, more complete data for safer driving, even on highways while travelling at relatively high speeds. In spite of its high resolution, the new sensor is 70% smaller. Velodyne says that the company is working on reducing the cost of the new sensor and will definitely be less when ordered at higher volumes.

Velodyne is one of the key players in the automotive lidar market. In December 2016, the company had announced that it had developed its proprietary and scalable solid-state lidar system that will make it possible to produce low-cost sensors at scale in order to meet the needs of automotive companies.

In January this year, Velodyne had announced that it will be setting up a new megafactory that is slated to make more than a million units on an annual basis. In April this year, the company announced the launch of a solid-state sensor, the Velarray, that is small enough to be embedded in different parts of a car so that it is possible to achieve full lidar coverage.