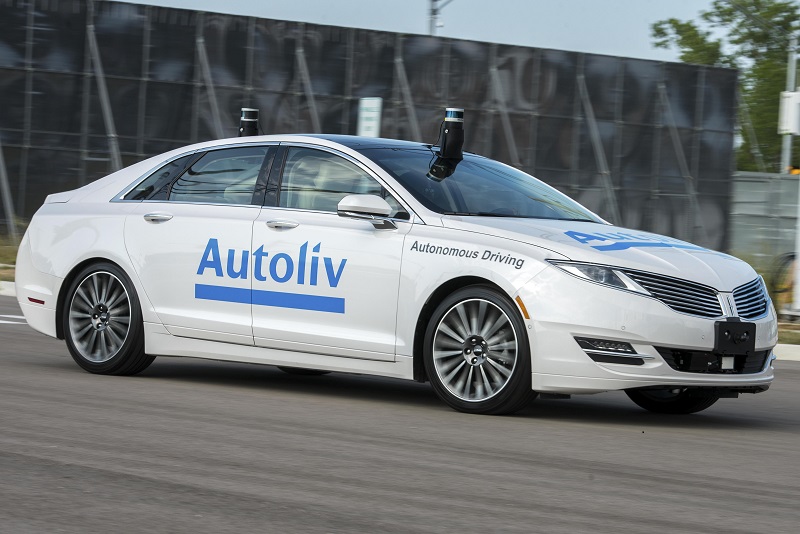 Autoliv to Collaborate with Velodyne for Commercial Development of LiDAR

Autoliv, which is a global leader in the field of automotive safety systems has joined hands with Velodyne LiDAR for commercializing LiDAR. Velodyne LiDAR is a leading supplier of LiDAR technology which is essential for autonomous cars to sense the objects and people in their surroundings. The company  invented and patented the first 3D real-time LiDAR sensor in the world for autonomous vehicles. In the past decade, Velodyne’s sensors have used in thousands of vehicles around the world and the company has provided this technology for over 25 autonomous vehicle programs across 10 countries.

Velodyne will work with Autoliv on the development of an automotive grade LiDAR. The technology will first be used in the RoboTaxi segment.

Now that the partnership has been finalized, Autoliv will develop and market a scalable auto-grade LiDAR sensor that is underpinned by Velodyne’s core 3D software technology and proprietary LiDAR ASIC engine. The LiDAR will also integrate Autoliv’s component development and verification capability.

Both the partners will contribute key components, technologies, know-how and other intellectual property to the project in order to needed to optimize the next generation of affordable, high performance LiDARs for the automotive segment. Autoliv will also take on the role of the primary commercial and technical interface to customers for awarded business.

Commenting on the partnership, Johan Lofvenholm, president, Auoliv Electronics said that LiDAR is an important sensor for cars to drive safely by themselves. Autoliv has immense experience in automotive design and testing and high volume manufacturing capability while Velodyne has a leadership position in LiDAR technology. Working together, the two companies will be able to fast-track the commercialization of LiDAR for traditional automotive customers and mobility providers.