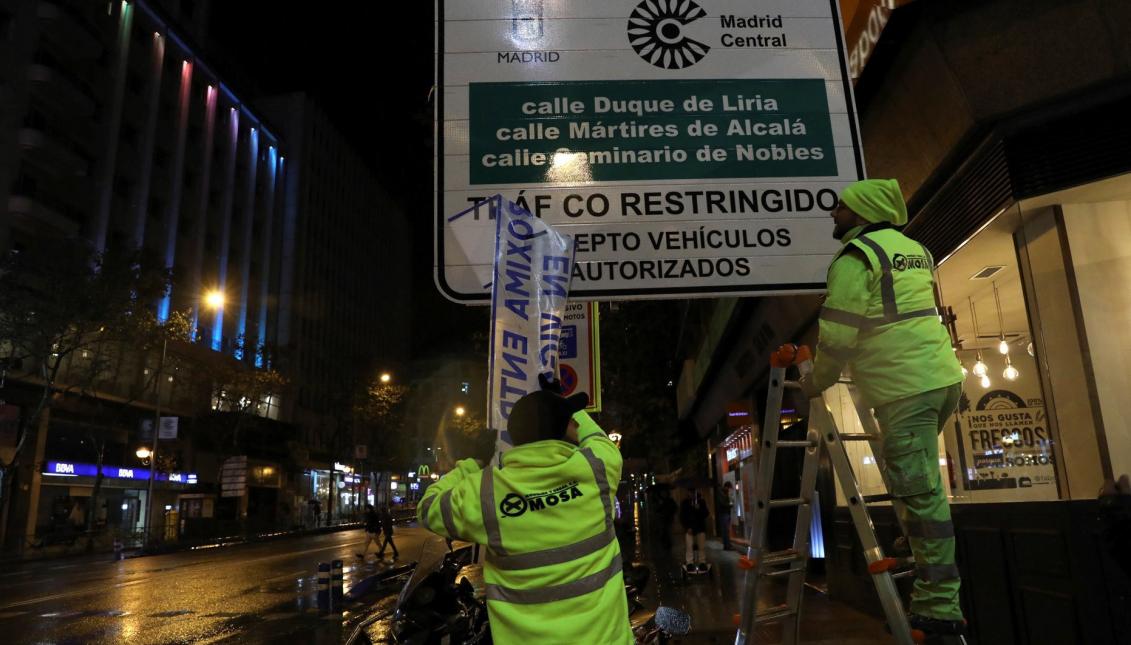 Some of the toughest pollution norms with regard to vehicles have been imposed in the Spanish capital of Madrid. The city has basically banned diesel vehicles that have been made before 2006 and petrol powered vehicles made before 2000 from entering the city center.

The new curbs have been imposed as part of the city’s Madrid Central scheme, the goal of which is to reduce the air pollution in the city by up to 40 percent. In the future, Madrid is planning to make these measures more stringent to the point where eventually, non-zero emission vehicles will be banned.

According to the Madrid Central scheme, there will be a new universal emissions test based on which each car will get a rating and this will determine the vehicle’s eligibility to enter a designated low emission zone. The low emission zone is marked clearly at its boundaries and monitored by CCTV. Diesel vehicles made before 2006 and petrol vehicles which were manufactured before 2000 will not qualify for a low emission zone entry sticker. People who own such vehicles will have to prove that they have access to private parking in the zone, and need to register their vehicle in advance before entering the zone.

It is expected that the scheme will have an impact on 20 percent of the cars in the city center. In addition to helping to reduce the level of pollution, the scheme is meant to encourage more people to use cycling as an alternative form of transportation and to reduce traffic noise.

If all goes as planned, by 2020, older diesel and petrol vehicles will be completely banned from the central zone. The restrictions with regard to parking and driving restrictions for owners of hybrid vehicles sporting an ‘eco’ label have been relaxed, so that more residents of the city will consider switching to newer, cleaner vehicles.

Drivers who break the new rules will be subject to a fine of 90 euros. At the 2016 C40 Mayors Summit in Mexico City, Madrid mayor Manuela Carmena said, “The quality of air that we breathe in our cities is directly linked to tackling climate change. As we reduce the greenhouse gas emissions generated in our cities, our air will become cleaner and our children, our grandparents and our neighbors will be healthier.”

By introducing the new norms, Madrid is following the lead of Paris, which has banned all cars registered before 1997 from entering the city center on weekdays, and cities like Stockholm and London having tightly-controlled congestion charge schemes.