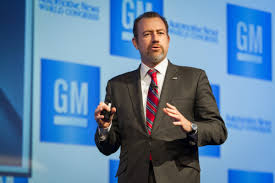 General Motors has named Dan Ammann as the new CEO of its Cruise autonomous driving division. His appointment will be effective from January 1, 2019, and he will be taking over as the CEO of Cruise from Kyle Vogt, who had co-founded Cruise as an independent startup. As part of the new structure, Vogt will become the CTO and president of the company. GM will be depending heavily on Cruise’s technological expertise as part of its strategy to outflank rival automakers and technology who are working on the development of self-driving cars.

In his role as president of GM, Ammann supervised GM’s acquisition of Cruise in 2016 acquisition of Cruise, and played a key role in managing the relationship between Cruise and GM. He recently secured investment for Cruise from Honda and from Japan based SoftBank. SoftBank is also one of the major investors in Uber. Many analysts have lauded Ammann’s appointment as Cruise CEO as a sign that GM is taking its development of self-driving vehicles seriously.

Ammann, who was born in New Zealand joined GM from Morgan Stanley in 2010. He oversaw GM’s initial public offering (IPO) after the company emerged from bankruptcy and was appointed as GM’s CFO in 2011, going on to become the president of the company in 2014.

Currently, Cruise tests prototype self-driving cars derived from the Chevrolet Bolt EV in Michigan, California, and Arizona. The cars come off the same Michigan assembly line as the one on which regular Bolt EVs are made. GM says this means that it is ready for the mass production of autonomous vehicles when the technology is ready. Eventually, GM hopes to make a production vehicle with no manual controls, which might possibly be used for ride-hailing services like Uber.