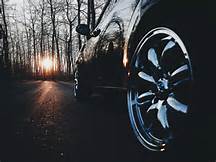 There has been a lot of concern in recent years about air pollution from carbon emissions and climate change. A new study conducted by Emissions Analytics has found that pollution from tire wear particles can be 1,000 times worse than the emissions from a car’s exhaust. The harmful impact of particle matter from tires has been underestimated. It is nevertheless, a very serious and growing environmental problem, and currently there are no regulations regarding this aspect.

The term Non-exhaust emissions (NEE) refers to particles that are released into the air as an outcome of brake wear, tire wear, road surface wear and resuspension of road dust as vehicles move on the road. These particles account for the majority of primary particulate matter from road transport: 60 percent of PM2.5 and 73 percent of PM10.

The 2019 report titled ‘Non-Exhaust Emissions from Road Traffic’ published by the Air Quality Expert Group that was appointed by the UK Government recommended that NEE should be immediately be recognized as a source of ambient concentrations of airborne particulate matter. This should apply to all vehicles, even vehicles which have no exhaust emissions like electric vehicles.

In order to understand the scope of the issue, Emissions Analytics performed some tire wear testing. The firm used a popular family hatchback that was fitted with brand new, correctly inflated tires, and found that the car emitted 5.8g/km of particles.

When compared with the regulatory norms for exhaust emissions which is 4.5mg/km, the NEEs are higher by a factor of over 1,000. Emissions Analytics noted that this value could be even higher in the event that a vehicle used underinflated or budget tires.

Richard Lofthouse, senior researcher at Emissions Analytics, said it is high time that regulatory bodies took into account particle pollution from tire and brake wear. He said that his firm’s initial tests revealed that there could be a surprisingly high level of particle pollution from NEEs – 1,000 times worse than emissions from a car’s exhaust.

He concluded by saying that what was even more frightening was that though exhaust emissions have been tightly regulated for many years, tire wear is completely unregulated and this deserves to get more attention in view of the growing demand for heavier SUVs and battery-powered electric cars.

Nick Molden, CEO of Emissions Analytics added,  “The challenge to the industry and regulators is an almost complete black hole of consumer information, undone by frankly out-of-date regulations still preoccupied with exhaust emissions. In the short term, fitting higher-quality tires and to always have them inflated to the correct level is one way to reduce these NEEs.

He went on to add that in the long run, the automotive industry needs to focus on reducing the weight of vehicles as well as to reduce pollution. The development of specific types of low-emission, harder-wearing tires would mark a significant advance in this regard.