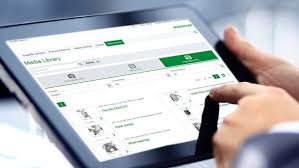 Schaeffler’s Origincheck app helped the company to earn the “Outstanding Landmark” award for 2018 from Germany’s nation-branding initiative “Germany – Land of Ideas”. The initiative is organized jointly by the German Federal Government and Federation of German Industries (BDI). The OriginCheck app which was launched by Schaeffler in 2017 was one of the 100 ideas which were selected for the award.
The app allows the buyers of INA and FAG products like rolling bearings to carry out initial authenticity checks both quickly and easily. They can also initiate further steps to get proper clarification in the event of any suspicion. The jury for the award felt that the app benefited the general public by helping them to fight product piracy and giving them better protection against potentially harmful counterfeit products.

Reliable checking made easy
The app uses GS1-standard data matrix codes (DMCs) to carry out the checks. These codes are placed on the Schaeffler packaging and allow the product to be identified worldwide with no overlaps. The user scans this DMC with the OriginCheck app and immediately receives notification of whether the code has been found in the database that is maintained by Schaeffler. In case the customer is suspicious about the origin of the product, the app can help the user to create suitable photographic documentation of the product being checked. This documentation can be mailed directly from the app to the Brand Protection Team, Schaeffler’s central department responsible for combating product and brand piracy.

Consistent, network-based tracking
Schaeffler’s brand protection team has been working along with customs and authorities from 2004 regarding suspected cases of pirated products and is consistently engaged in development of additional measures to protect the company against product piracy and trademark infringements.
Schaeffler inspected more than 700 suspected cases in 2017, and some of these were reported using the OriginCheck app. This facilitated the seizure and destruction of goods with a total retail purchase value of five million euros worldwide. The app makes it possible for end customers and retailers to better evaluate the sources from which they procure components. This is particularly important with regard to safety in the case of automotive components and companies get more support in tracking down suppliers of counterfeit products.

At the EU level, those who hold the intellectual property rights like brand product manufacturers are constantly working cooperating with customs and authorities to simplify and expedite the exchange of information. Schaeffler has been a member of the steering committee for the development of the Enforcement Database at the European Union Intellectual Property Office (EUIPO) from 2013. Rights holders product information and contacts to this database which can be accessed by European authorities in order to make the process of identifying counterfeits easier and to initiate the appropriate measures. This database includes the OriginCheck app and all of information that authorities might need. The Schaeffler team also demonstrates the app many joint events, like the Enforcement Database Forum which was held in mid-June in Alicante, Spain.

The OriginCheck app is available free of charge for iOS and Android operating systems in German and English.