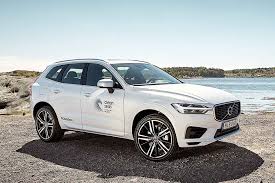 Volvo to Use 25 Percent Recycled Plastics in Cars from 2025

As part of an anti-pollution plan that was praised by the United Nations, Volvo has set itself the ambitious goal of sourcing at least 25 percent of the plastics it uses in new Volvo cars from recycled materials by the year 2025.

According to Stuart Templar, director for sustainability at Volvo Cars, which is owned by the Zhejiang Geely Holding Group Co Ltd of China this decision makes business sense and would not in any way compromise quality or safety. The recycled plastics would be obtained from fishing nets or old bottles in car dashboards or from carpets.

Many leading companies manufacture products which can be recycled after they are used to keep pollution at minimal levels. Volvo takes this a step further with its plans to incorporate more recycled materials into its production lines.

Håkan Samuelsson, president and CEO of Volvo Cars, which is owned by China’s Zhejiang Geely Holding Group Co Ltd, said in a statement that this initiative is part of Volvo’s drive to minimize its global environmental footprint,”

Volvo is currently holding talks with plastics producers to achieve this goal so that from 2025, at least 25 percent of the plastics which are used in every new Volvo model will be made from recycled material.

Volvo currently sources about five per cent of the plastics it uses in its cars from recycled materials. The company sold 570,000 cars last year.

Volvo had recently unveiled a test model of its XC60 T8 plug-in hybrid SUV in Gothenburg, Sweden, which is similar to the existing model except for the fact that some of its plastic parts were sourced from recycled materials.

For example, the carpet incorporated fibers made from PET plastic bottles, while material from old Volvo car seats was used for sound-absorbing material under the bonnet. Plastic recycled from fishing nets and ropes was used in the tunnel console between the passenger and driver seats.

In view of the fact that over eight million tons of plastics end up clogging the oceans every year and threatening marine life, Volvo’s plan to use more recycled plastic was welcomed by the United Nations.

“As far as we are aware this is a first – an attempt to source waste as a raw material for a new vehicle,” Erik Solheim, head of the U.N. Environment Programme in Nairobi, told Reuters.
“We need to see a situation in which plastic waste begins to have more value and the processes to transform it into something new will also advance,” he said.