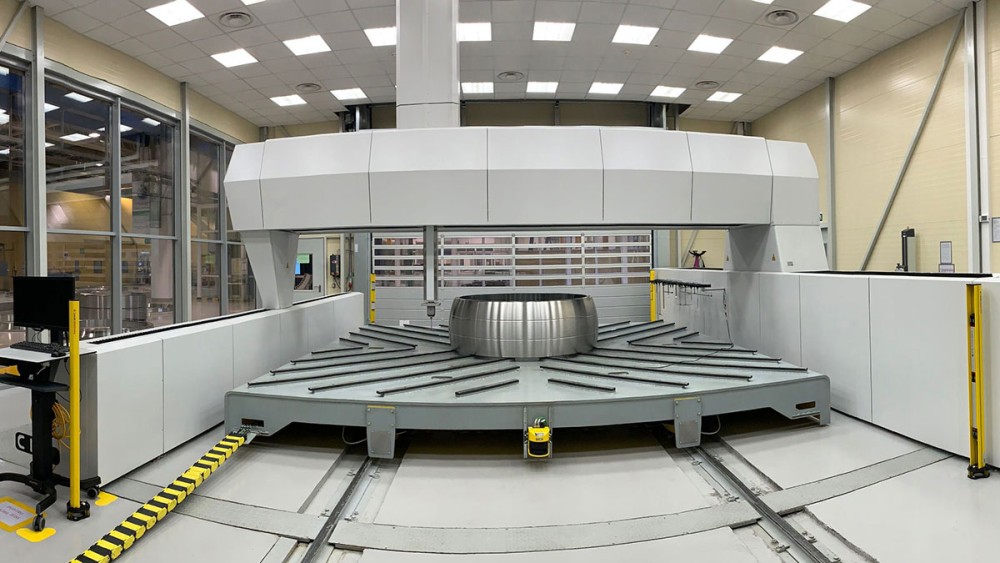 Leading components manufacturer Schaeffler announced that the company made the largest spherical bearing in its history. The bearing was made for use on a cutter suction dredger that was designed and built by Royal IHC, a Dutch company. The company specializes in equipment, vessels, and services for the offshore, dredging, and wet mining markets.

A cutter suction dredger is a working ship either with or without its own drive that is used for the purpose of removing solid material from the bottom of the body of water. The solid material needs to be lifted and transported to the shore through a vacuum, generally by using floating pipelines. The connection between the pipeline and the ship plays a key role in this process and this is implemented through the spherical plain bearing that is mounted on the hull. The bearing is meant to support the rotary motions that take place between the hull and the pipeline. It has to eliminate the edge stresses that occur and support large forces according to its dimensions.
The custom bearing weighed about 4.7 tons and had an outside diameter of 1,900 millimeters, a bore diameter of 1,500 millimeters, and a height of 600 millimeters, according to a statement released by Bosch.

According to Schaeffler, the customized bearing was made within an impressive span of three months. It was a highly complex technical challenge for Schaeffler’s experts to design and produce the bearing as the inner and outer rings had to be implemented in a single-piece design.

In the case of a spherical plain bearing, the forces only act unilaterally. Hence, the bearing was designed asymmetrically. This helped to make savings in terms of space and weight.

Schaeffler created a special system of lubrication grooves to ensure a long operating life and low levels of wear. These grooves are designed in such a manner that the grease is evenly distributed during small swiveling motions of around 20 degrees, for optimal lubrication. The operating conditions found in offshore applications call for the implementation of special protection against corrosion. Hence, the sliding surfaces of the bearing were coated with a proven lubricating varnish, so that there is no metallic contact between the inner and outer rings, even lubrication is in adequate.

Schaeffler claimed that the bearing delivers high operational reliability and low maintenance outlay to the customer.