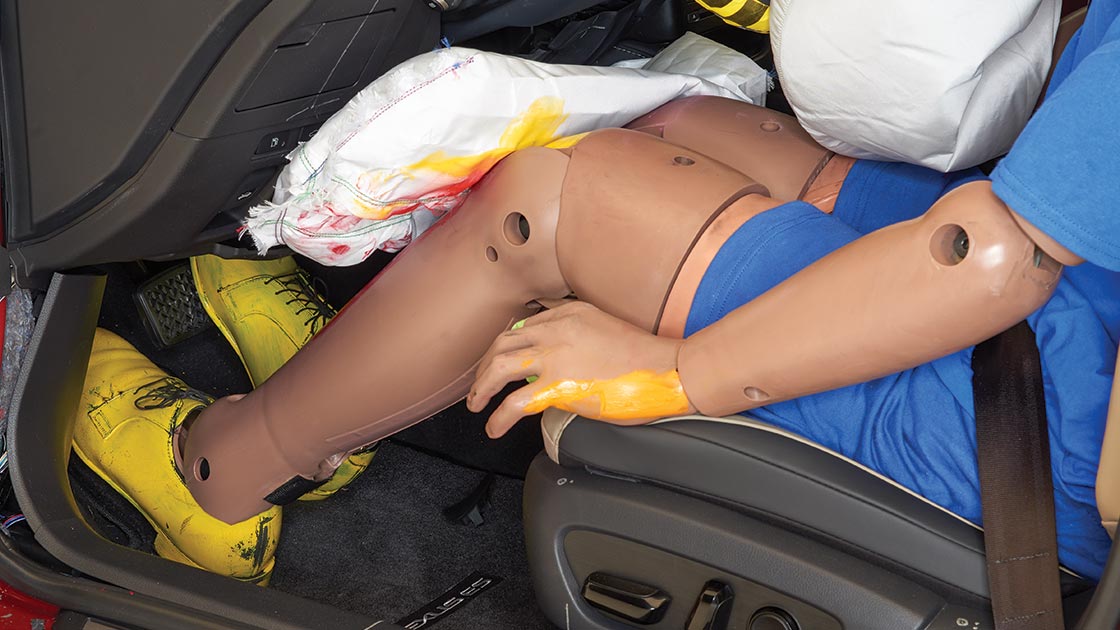 We all believe in the efficacy of airbags and become very concerned if we hear that any model has an issue with airbags. The deployment of airbags have prevented thousands of deaths across the globe. Hence, it is only a natural assumption that the more types of airbags that a vehicle has, the greater the level of safety.

A recent study conducted by a team of researchers at the IIHS (Insurance Institute of Highway Safety) has proved that this need not always be the case. The researchers found that one particular kind of airbag -the knee airbag, has little effect on the risk of injury and can in some cases even increase it.

Knee airbags are generally deployed from the lower part of the dashboard and are meant to distribute impact forces in order to reduce the risk of injury to the legs. It is also said that they might reduce the effect of an accident on an occupant’s chest and abdomen as they can help control the movement of the lower body.

In order to find out if knee airbags improve safety, IIHS researchers examined data from crash tests as well as information from real-world crash reports. They examined aspects like injury measures from over 400 frontal crash tests which were conducted as part of the IIHS vehicle ratings program. They did this to assess if injuries were less likely when vehicles were equipped with knee airbags.

In the case of IIHS driver-side small overlap front and moderate overlap front crash tests, knee airbags had only a small effect on injury measures recorded by dummies. In fact, in the case of small overlap test, knee airbags were linked with increased risk for injuries to the lower leg and right femur injuries, though head injury risk was slightly reduced. The airbags had no effect on injury measures in the moderate overlap test.

In the analysis of real-world crashes, knee airbags reduced the overall risk of injury by half a percentage point, from 7.9 percent to 7.4 percent, but this difference in the result was not statistically significant.

“There are many different design strategies for protecting against the kind of leg and foot injuries that knee airbags are meant to address,” says Becky Mueller, an IIHS senior research engineer and co-author of the paper. “Other options may be just as, if not more, effective.”

Many manufacturers have been installing knee airbags is to help their vehicles pass federally mandated tests with unbelted dummies. There is a possibility that knee airbags could help unbelted occupants in real-world crashes. The IIHS study did not look specifically examine crashes in which people failed to use their seat belts, and in IIHS vehicle ratings tests, the dummies are always belted in.