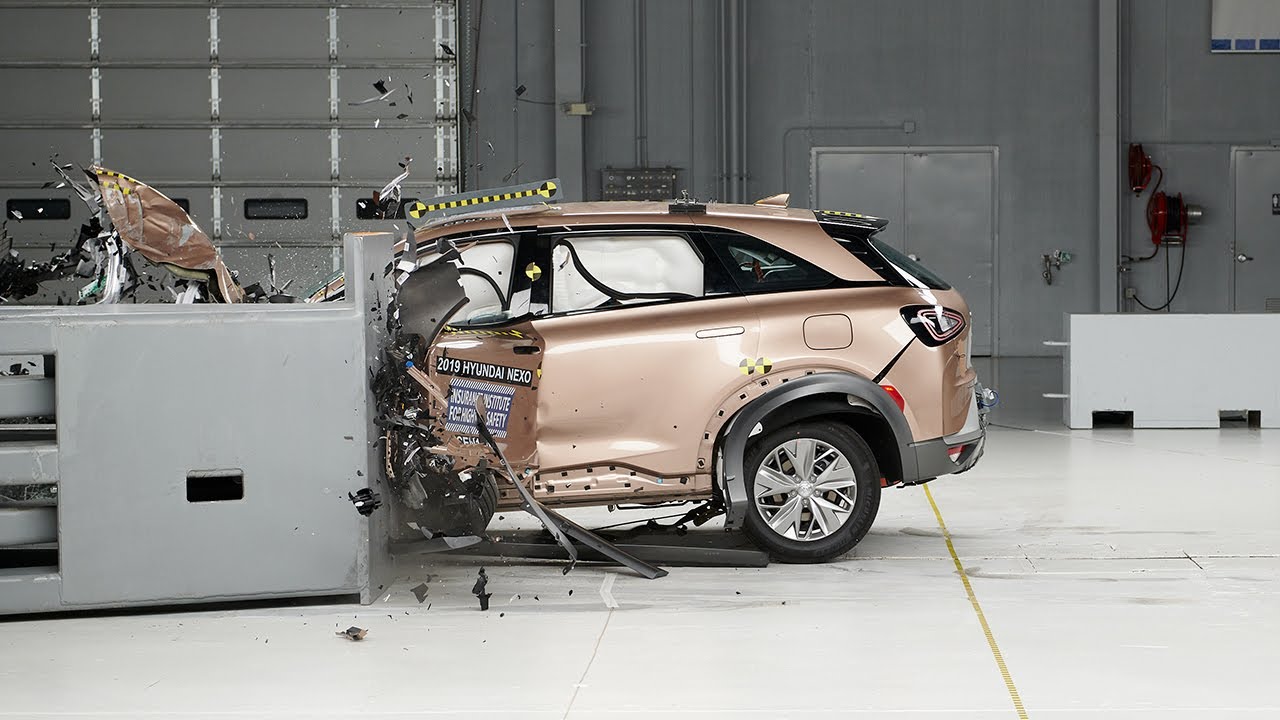 The Hyundai Nexo has become the first hydrogen car to clear the crash test conducted by the Insurance Institute for Highway Safety (IIHS) in the United States. The 2019 Hyundai Nexo pulled off the feat of not exploding during the crash and this is highly impressive in view of the fact that the Nexo was the first production hydrogen fuel cell vehicle that was tested by the IIHS. The model not only cleared the test, but also did so with the highest safety grade and was awarded the Top Safety Pick+ accolade.

This safety rating would go a long way towards clearing misconceptions that the general public might have regarding the safety of driving a car that is powered by hydrogen. The test proved that driving a hydrogen car is as safe as driving one that is powered by petrol or diesel.

Like other fuel cell models, the Toyota Mirai and Honda Clarity, the Hyundai Nexo is also available for retail sale only in extremely limited quantities exclusively in California in the US market. Generally, the IIHS does not conduct tests for such low-volume vehicles, but Hyundai nominated the car for testing, and the IIHS saw this as an opportunity to conduct the test of a fuel cell vehicle for the first time.

For tests, the IIHS has a scale that assigns a grade of Poor, Marginal, Acceptable, or Good to the model that is tested. The Nexo SUV, which according to Hyundai, has a range of 380 miles on a full tank, scored Good marks in all six tests. The six tests that were conducted comprised the driver-side small overlap front crash, the passenger-side small overlap front crash, the moderate overlap front crash, the side impact crash, roof strength, and head restraints and seats and in all these tests, the Nexo emerged with a Good overall rating. The IIHS also rated the headlights as good or acceptable, depending on the trim, and the frontal crash prevention systems were found to be Superior (as opposed to Advanced or Basic).