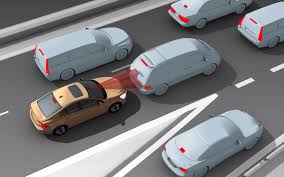 We all like driver assist systems but a recent study called “Reality Check” by The Insurance Institute for Highway Safety says cars and trucks having such systems might not be able to detect stopped vehicles and could actually steer you into a crash.

The institute tested the driver assist systems in five models from Mercedes, Volvo, BMW and Tesla both on public roads and on a truck. The tests indicated that there were many situations in which driver assistance systems could fail.

David Zuby, the institute’s chief research officer said there were many instance in which vehicles which were under semi-automated control might do things that might increase the risk of accidents.

The highest levels of risk were identified in two Tesla models, the Model S and the Model 3. Tests were conducted with the adaptive cruise control turned off, but with the automatic braking turned on. While moving at a speed of 31 miles per hour, both Teslas braked and reduced the impact of a crash but still hit a stationary balloon. All the other models stopped in time during the tests that were conducted on a track. When the same tests were repeated with the adaptive cruise control turned on in order to maintain a set distance between the vehicles, the Teslas braked in time and avoided the balloon.

With regard to road tests. All the vehicles except the Tesla Model 3 failed to detect stopped vehicles ahead of them.

The systems that were tested as part of the study were the driver assist systems in the Mercedes E-Class, Volvo S-90, the two Tesla models, and the BMW 5-Series. They are considered to be the best driver assist systems and have received “superior” ratings in previous IIHS tests. Zuby said the tests indicated that though the systems do reduce the chances of an accident, they are not 100 per cent reliable.

The results of these tests indicate that though the driver assist might be called “Autopilot” or “Pilot assist” and offer a fair degree of control over the steering or the speed, it is always essential for drivers to pay attention.

Many of the cars’ lane-centering systems failed, especially on curves or hills. The BMW, Model S and Volvo “steered toward or across the lane line regularly,” requiring driver intervention, the IIHS said.

The recent incident in which an Uber vehicle caused the death of a women has led to concern about the use of semi-autonomous systems.