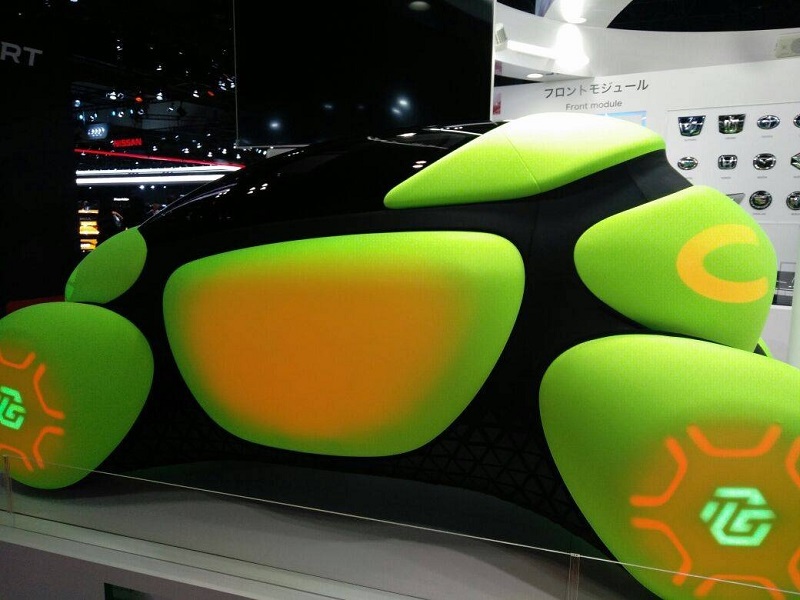 Toyoda Gosei’s booth at the Tokyo Motor Show drew a lot of visitors with a concept car that was equipped with external airbags. According to the company, this innovative technology can help protect a vehicle against the damage caused by fender-benders.

The concept vehicle is called Flesby II Ultra-compact and at the show, the body panels of the vehicle were covered by a soft, next-generation rubber that is fully capable of absorbing the impact of a collision.

Commenting on the technology, Takashi Ishikawa, managing officer of Toyoda Gosei Co said that the company came up with the concept of airbags which are conventionally used to protect the occupants of a vehicle from the impact of an accident on its exterior components, like its hood or fender, in order to offer greater protection to the entire body of the vehicle.

Toyoda Gosei is a renowned manufacturer of rubber and plastic automotive parts and LEDs, and developed the idea for the concept car in 2013.

The company said on its website that the rubber used in the external airbags is able to move with electric power and can alter the shape of the car body. LED lights that are projected onto the rubber will also allow the driver to communicate with pedestrians and other vehicles, the company said.

With regard to pedestrians, in the event of contact with a pedestrian, the soft body can enhance their by absorbing the impact.