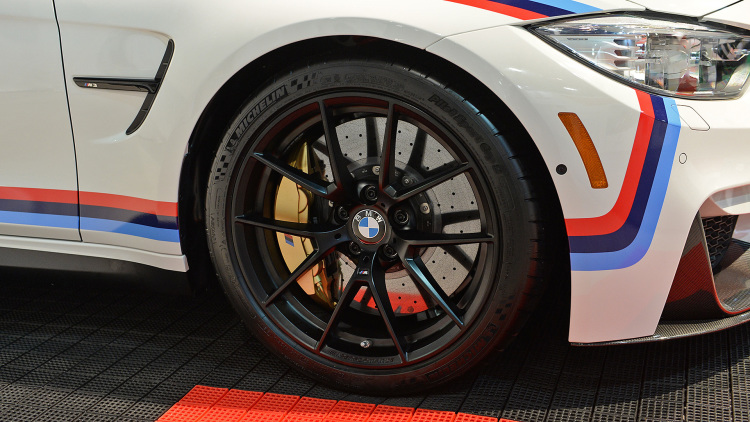 BMW chose the recent SEMA show in Las Vegas as the venue to launch its M performance parts. BMW made its presence felt at the show with its new range of M performance accessories which were aptly showcased with some striking vehicles. These performance accessories which were inspired by the world of motorsports included carbon fiber wings, a carbon fiber rear diffuser, xenon adaptive headlights with auto-levelling, high-tech alloy wheels and even software for engine management which could boost the power in certain models.

The range of alloy wheels are arguably the strongest and lightest wheels that BMW engineers have developed, with each wheel being made from a forged blank. These wheels are meant to be used in the M2, M3, and M4 models which will make their debut next summer.

Among the vehicles at the BMW booth, the most striking one was a highly accessorized M3 that had a highly sleek rear wing made of carbon fiber. Another feature that was on display was an adjustable set of shocks and springs that could be used to raise or lower the ride height of an M3 or M4.

The engine management software can be used in combination with a free-flowing exhaust system to boost the performance of the liter turbocharged inline-six-cylinder engine from 320 hp to 355 hp while the torque can be increased to 369 pound-feet without affecting the fuel economy or the level of emissions.

With its new range of performance parts at the SEMA Show, BMW proved once again why it is one of the frontrunners in the premium vehicle category.