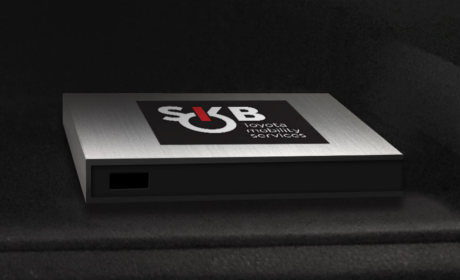 Toyota has unveiled a new Smart Key Box (SKP) that customers might be able to use when it is paired with their smartphone to start vehicle engines and lock and unlock the doors of their vehicle. The SKP uses Bluetooth Low Energy (BLE) and is part of a new Mobility Services Platform (MSPF). Toyota has established the Mobility Services Platform in order to work with various service providers and telematics insurance to support a range of mobility services that include giving drivers access codes to lock and unlock their vehicles to facilitate car sharing. Toyota is planning to conduct a pilot study on the benefits of the Smart Key Box with US-based car-sharing company Getaround in January 2017.

Toyota has said that to enhance MSPF-based car sharing, the company developed the SKB that can be placed in a vehicle without modification. Thus users of a car-sharing service can use their smartphone to start the engine and lock and unlock the vehicles using just their smartphone, without compromising their safety when it comes to lending and renting cars.

According to a statement released by Toyota, the company will be launching the pilot program in January 2017. During the program, both Getaround and Toyota will seek to understand how SKB can be used to make car sharing more convenient. Depending on the results of the pilot program, Toyota will consider the use of SKB for other mobility services in Japan like an unmanned car rental service.

According to Shigeki Tomoyama, president of Toyota’s in-house connected company the Japanese car manufacturer wants to expedite the development of a new mobility society by collaborating with other companies and services to make life more convenient and safer for its customers.

Getaround CEO and founder Sam Zaid said that integrating the company’s expertise and purpose-built car-sharing technology with Toyota’s projects related to mobility services will open up new opportunities to Toyota customers and the car-sharing market which is growing at a rapid pace.