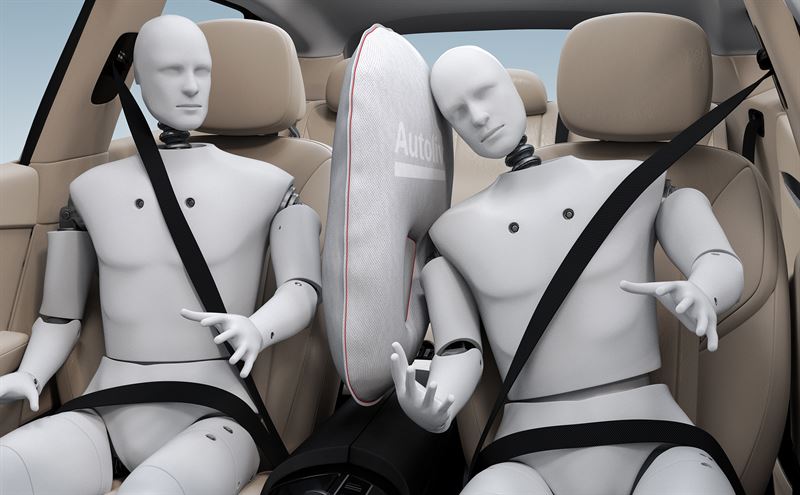 Autoliv has announced that it has developed a new front center airbag that can enhance the safety of passengers in the event of a collision. The new airbag is meant to help decrease fatalities in a side-impact crash scenario. Autoliv showcased the new airbag at the company’s Capital Markets Day which was held on November 19 at its technical center in Ogden, Utah.

In any road collision, the head is the part of the body that is most commonly injured and this can have serious long-term consequences for the victim. In the case of side collisions from the opposite side, it is likely that the passenger might hit the vehicle interior or the passenger in the other front seat, thus sustaining injuries to the head and chest. To further enhance protection for such injuries, Euro NCAP has introduced the far-side load case as part of its rating program from January 1, 2020.

The new airbag that Autoliv has developed called Autoliv Front Center Airbag makes it possible to almost eliminate the possibility of driver-to-interior and driver-to-passenger impact with the inboard seat mounted airbag deploying in the gap between the driver and the front-seat passenger. This protects them from collisions during a side impact and minimizes the risk of injury and trauma to head, shoulder and chest.

Commenting on the new airbag, Scott Dershem, Autoliv Vice President of Development said that research indicated that the new Front Center Airbag can reduce injuries caused by passengers colliding with each other by up to 80 percent. If the front passenger seat is unoccupied, the airbag will provide a greater level of driver protection from a far-side collision. He concluded by saying that the airbag is a technological innovation that highlights Autoliv’s commitment to saving lives and preventing injuries on the roads across the world.

The Autoliv Front Center Airbag will make its debut in 19 car models that will reach the market in 2020.