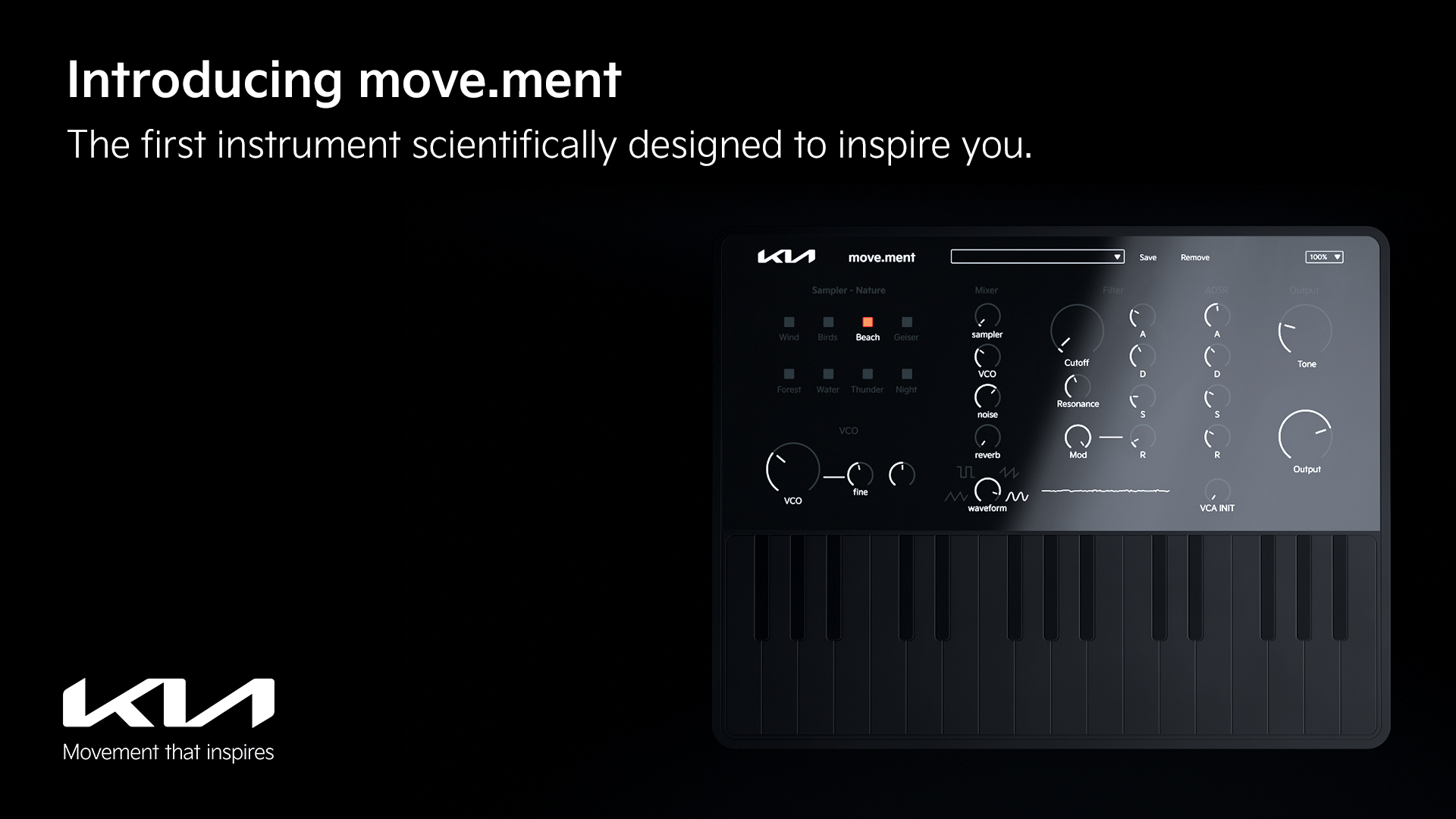 Kia releases ‘move.ment’, the first instrument designed to inspire you

Kia Corporation has released ‘move.ment’, an innovative digital instrument that harnesses the sounds of nature in movement to spark inspiration.

Movement and nature are at the core of Kia’s creativity, and the company believes music to be one of the most inspiring forms of art. With ‘move.ment’, Kia aims to elevate creative inspiration and make the journey of discovery more tangible for creators, innovators, and customers around the world.

Scientific studies have shown that ‘pink noise’, often found in sounds from nature, are effective at bringing the listener to a creative state of flow. So every sonic element of ‘move.ment’ closely follows neuroscientific parameters that were signposted by neuroscientist Katherine Templar Lewis to ensure ‘pink noise’ was realized.

The sounds can be used to compose melodies through mixing and added effects, and the touchpad keyboard allows users to create patterns, save loops, play back, or modulate sounds.

Kia has already made use of ‘move.ment’ to create important feature sounds for the award-winning all-electric Kia EV6, and to develop the treatment for the company’s new sound logo. The company plans to make broader use of ‘move.ment’ to showcase more melodies for its upcoming brand campaigns and vehicles in the future.

With the goal of releasing a full album within the year, Kia has produced an initial four-track playlist using ‘move.ment’. The tracks featuring up-and-coming artists are available on SoundCloud, and the platform will also provide exclusive access to documentaries and podcasts that tell the story behind Kia’s sonic journey. Kia and SoundCloud will strengthen their partnership in the months to come.

Please visit worldwide.kia.com to download ‘move.ment’ and learn more about the instrument and the stories behind its creation.