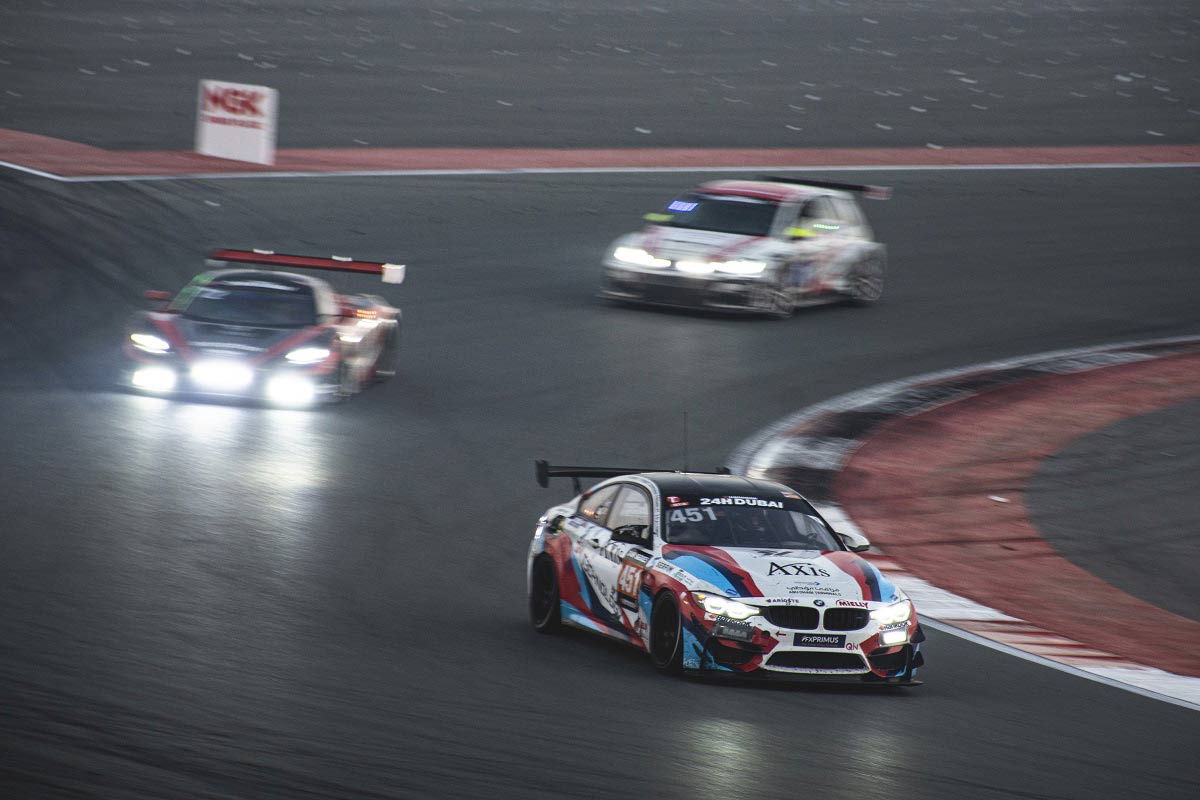 The countdown to the Hankook 24H Dubai has started! 120 cargo containers with race cars and equipment have docked in Dubai to kick-start the global racing season with the race that takes place between the 13th to 15th January.

Dubai Autodrome, in the heart of Motorcity, has hosted the 24-hour race, organised by Creventic, since 2006 when the BMW M3 GTR driven by Philipp Peter, Dieter Quester, Hans-Joachim Stuck and Toto Wolff took the victory.

Since then the race has been run every year and has established itself as the international motorsport season opener, each edition an epic adventure as 24-hour endurance events tend to be.

Over the years the race has hosted some of the sport’s biggest names, retired F1 drivers and many champions. It has also provided the UAE’s Khaled Al Qubaisi with a stage to excel on. The Abu Dhabi based driver has won it three times in 2020, 2013 and 2012. He heads a list of illustrious drivers who have triumphed at the event.

As a sporting challenge the Dubai 24H has it all, several classes with big lap time differences, unpredictable weather and of course the competitors; the 2022 edition is expected to attract over 80 top teams from around the world.

While the race is well publicised and provides great exposure with major newspapers, websites and video outlets reporting on the event which, in itself, attracts over 100 journalists, photographers and other media to the Autodrome for the week of action.

With most of Europe, America and Asia currently in the throes of a harsh winter, Dubai’s milder climate is a welcome relief for teams, drivers and personnel based in colder climes. And as the first race of the season, the attraction of the event ensures an economic boom week for the area in and around Motorcity and surrounding areas.

Flying into Dubai, starting the first week of January, will be an estimated 2,000 personnel directly involved with the race; including drivers, engineers, mechanics and other service personnel required for the event. As well as a small army of Creventic staff, who team up with their Autodrome counterparts, to make it all happen.

Also keen to take advantage of Dubai in January, will be families and friends of drivers and, of course, endurance racing fans who make the trip to the event as part of a vacation, or pilgrimage.

As a result, over 13,000 hotel nights are expected to be booked by the massive ‘entourage’ that is connected to the event. With the trackside Park Inn by Radisson Dubai Motor City fully booked ahead of and during the race week.

Local businesses enjoy a notable increase in business during this period with teams and drivers making use of the established facilities in and around Motorcity, as well as greater Dubai, to sustain what is a small army that descends on the iconic race track.

“Since then the race has become a fixture on Dubai’s impressive sporting calendar. We like the fact that our event will kick start not only the global motorsport season but also the beginning of the UAE’s impressive international sports calendar.

“Apart from the sporting side, we are proud that this event has quantifiable and proven economic value for not only MotorCity and surrounding areas, but also greater Dubai,” explained Al Sahlawi.

Al Sahlawi continued: “During the course of the three days of qualifying and racing we expect around 25,000 spectators, and for them, we have many activities and paddock entertainment for fans to enjoy.

“However, the highlight has to be the start of the race, when the field of over 80 cars are flagged off in front of a full grandstand. A true spectacle that we at Dubai Autodrome are proud to be part of,” added Al Sahlawi.