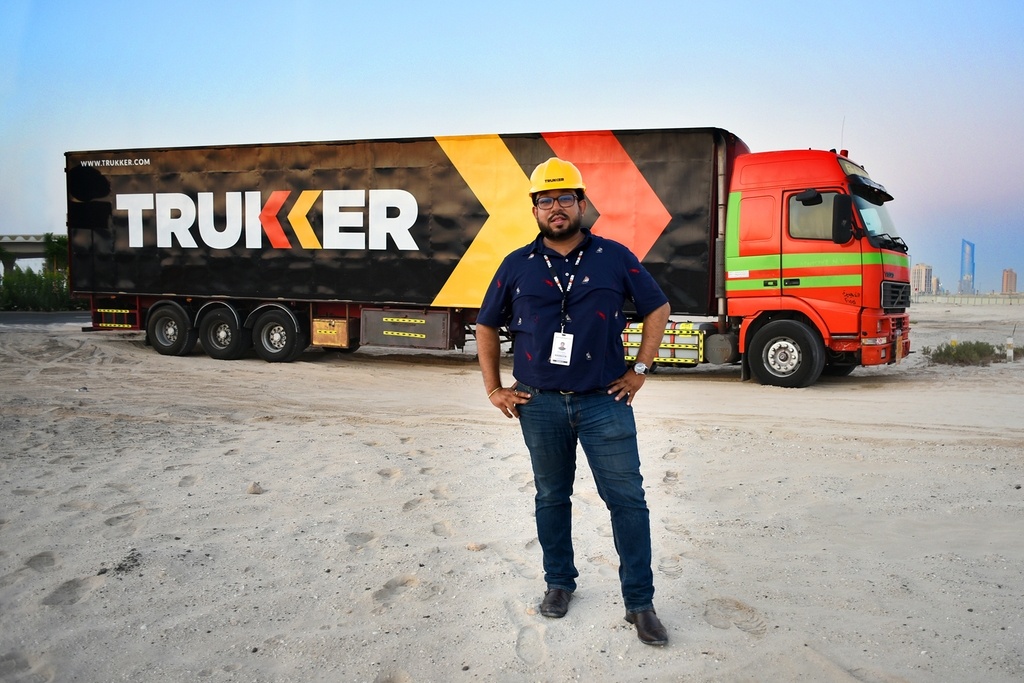 Trukker set to be ‘Uber for trucks’ in the Middle East

A new startup called Trukker is aiming to become an “Uber for trucks” in the Middle East”. Established by Gaurav Biswas and his old school friend, Pradeep Mallavarapu, who used to work in IT, the startup was set up with the goal of minimizing the time trucks spent lying empty beside the road while haulage companies struggled to get cargoes to their destinations on time. This supply-demand gap arose mainly due to the fact that about 85 percent of the trucks are owned by one-man firms. According to figures released by Saudi Arabia’s Public Transport Authority, biggest fleet owner has only 2500 trucks which h is very little in view of the fact that there are 1.3 million trucks on Saudi roads..

The two co-owners of Trukker have just the right track record to make the company a success story. While Gaurav Biswas left his job as a director at a construction consultancy called Aecom to set up the company, Mallavarapu is an IT expert who developed the technology needed to run Trukker, which as a platform to connect truckers and end users. The pair started with baby steps and invested their own money to a significant extent before seeking venture capital. Trukker was initially launched in 2016 and began by offering home moving services. As the company has grown, moving services now account for less than 5 percent of its business. Trukker has progressed to moving domestic cargo across the UAE, and later into long distance transport of cargo across international borders. Currently, over 70 per cent of the company’s revenue is derived from long-haul trucking across the GCC,” he said. Road freight within the GCC market alone is worth USD 46 billion and hence the company has plenty of scope for growth. Trukker’s app averages about 1,000-1,200 transactions per day, most of which are deal with transport of cargo in the UAE and Saudi Arabia.

Drivers are attracted to the app due to the offer of regular jobs and guaranteed cash payments, while companies which use the app’s services value Trukker’s promises of reliable drivers and competitive rates. Hence, Trukker has been able to attract companies of all sizes, including big-name firms like Unilever and Procter & Gamble. The app currently features over 15,000 member trucks and 200 clients.
The company is based in offices at Abu Dhabi Global Market Square and currently has a presence in the UAE, Saudi Arabia and Egypt. The current plan is to expand operations to Bahrain, Jordan and Oman by the end of the first quarter of 2020.